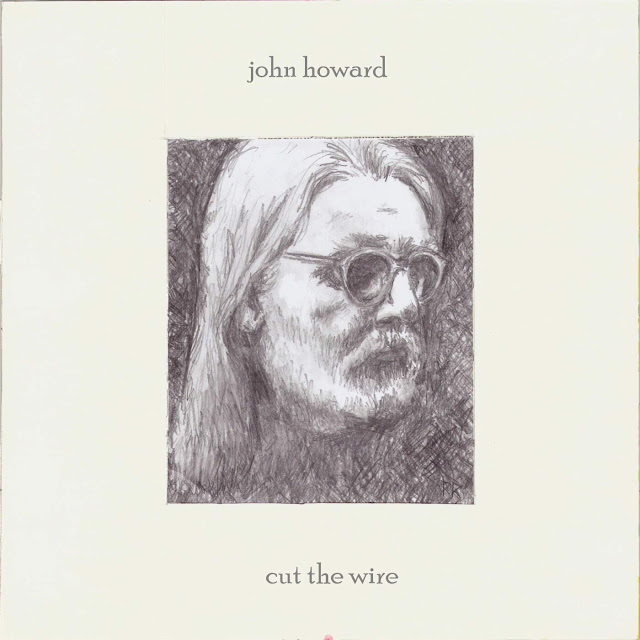 It's been really remiss of me to take until now to review John Howard's 16th album that was released earlier this year on the splendid You Are The Cosmos label. I'm a big fan of the man as you can tell from my review of his last album, Across The Door Sill, here.

So with the Digital release of the album coming up, a week today, I'm now given the opportunity of finally extolling the virtues of a wonderful album. I compare Howard to Ian Hunter a lot. Both are very different artists, but both have aged gracefully and are producing exceptional recent albums, which are very different from what they became famous for.

John has never stood still from his early days comparisons as a Man With A Piano and the endless Elton John comparisons to the modern day reflective Singer Songwriter tag that he masters with ease. Cut The Wire doesn't disappoint. It's beautifully written and performed.


The album isn't as deep as Across The Door Sill, but the mellowness doesn't bury the knack of his songwriting. Here, he seems far more pensive, but at the same time, very optimistic. Keep Going Angel is an absolute singalong joyous affair and stands up with anything that he's produced. All this whilst in the fifth decade of his career.

The exception to this positiveness is the magnificent Becoming, the song can bring a tear to the eye, particularly relevant to an old cynic such as I. Cut The Wire, as a title track, is also incredibly moving and this is counter balanced by the jauntiness of Idiot Days.


We Are is McCartney ballad territory and Long Since is pure Al Stewart. The song craft here is gobsmacking in it's splendour. There's a lot of admiration for 70's Singer Songwriters, but the few who still perform are largely on Greatest Hits Tours.

I defy any of these peers to write an album as good as this and to be as relevant. It would be easy for John Howard to dine out on occasional performances of Kid In A Big World. Why the hell should he, when he still writes albums as good as this?


Cut The Wire will be available on all Digital and Streaming Platforms from Monday 5 August. It can be pre-ordered now on I-Tunes here.

A special mention should also be given to You Are The Cosmos, a fantastic label that supports some incredible artists and keeps Physical Copies of Music alive. You can still order the CD from them here.