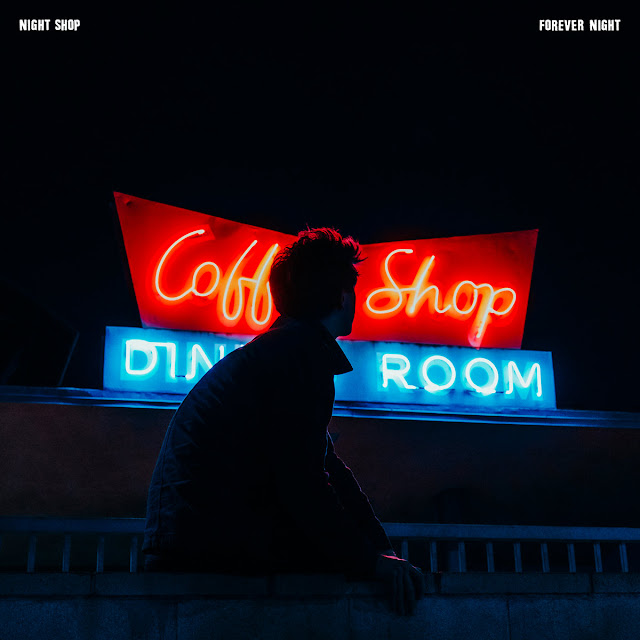 When dealing with grief and regret, the easiest thing for a musician to write a dark album as a confessional.  This can be wonderfully melancholic, but a hard listen. This year there have been two or three albums when the pain has been revealed lyrically, but in an instrumentally more upbeat setting.

Forever Night is another example and it is a wonderful listen. From the album title onwards, this is a sad album, but cocooned in arrangements that mean that if you were not a lyric listener, you wouldn't necessarily notice the darkness.

These almost chirpy affairs allow the more intense songs to breathe. The darker arrangements have a more Americana / Country feel allowing even more variety. Los Angeles's Justin Sullivan, for he is Night Shop, has provided a second album to remember.

His vocal at times is a drawl akin to Lou Reed or maybe even Mink Deville, but the material stretches far beyond that. Slow Dancing At The Weekend can be compared to Marc Bolan fronting an 80s Glaswegian Guitar Pop combo.

Let Me Let It Go borders on Glam Rock and the title track fairly stomps along, built on a killer riff. Indeed most of the songs on show here are riff led, even the slower ones. The End Of Time even sounds a little Bruce Hornsby or Marc Cohn at times.

Yet Just To Get Home is reflectively dark with a feel of The Band with its wonderful organ accompaniment and hypnotic riff. Then there is the magnificent closer, At The Opera, based around a jangled riff. It is an epic effort

You can listen to and buy the album here. https://nightshop.bandcamp.com/album/forever-night