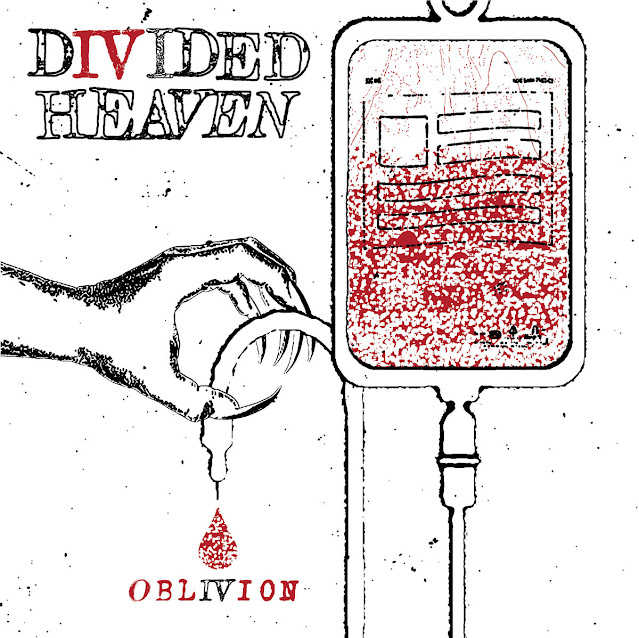 You dare not appear to be adopted by Punk Sites and then move on / grow up / branch out. If you do, you will get ignored or more usually a bitter slating review. It happens regularly. I'm not quite sure what Punk is these days. The bands that get labelled as such seem to me to be nearer to Power Pop or Pop Rock.

I've said this quite often about Punk Pop. As bands mature, the shoutiness subsides and the melody takes over. Green Day are mainstream, yet there are many who have never forgiven them for being so. I think this applies to Los Angeles's Jeff Berman.

Having said that, with Divided Heaven, Berman does seem to have moved far away from his roots. I personally have no problem at all with this. I'd only call out a bad album and Oblivion in no way is that. It is however the album is a little schizophrenic.

When the pace is fast, the songs are splendid Pop Rock. When they slow down, they become a sort of mawkish AOR and the lyrics are so down, almost heartbroken. Some of these slower songs work well. Panic has a great Country Twang and Oblivion has some wonderful Guitar on it.

Reckoning goes all Celtic in a Big Country way. That's Fields Of Fire Big Country not big hat and a horse. Baby In The Band is Bluesy, but still a bit whiny. Yet the faster Burn Me and Beginning Of The End are splendid Guitar Pop.

Oblivion has a big impressive production and only a philistine would not admire the Guitar playing. I don't criticise the ballads as an aged rocker, one or two is fine. But there are just too many here and you just wish the band would let loose more often.