The Shivas - Feels So Good // Feels So Bad 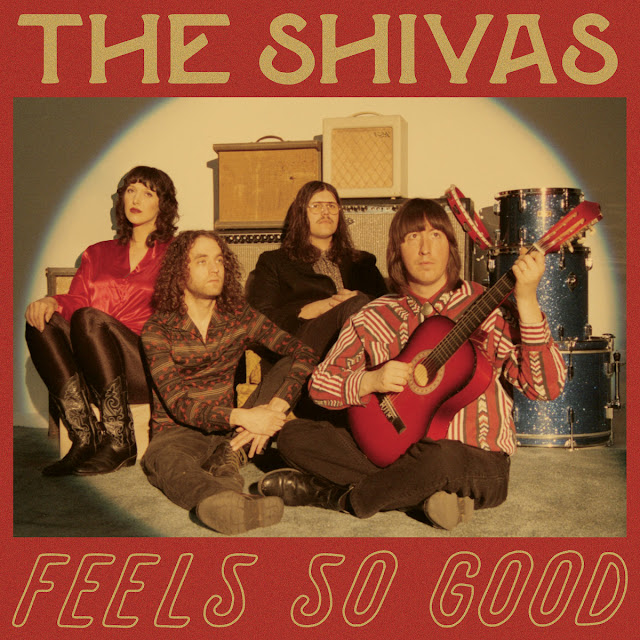 As we get towards the end of March, Review wise, I'd like to mainly concentrate on albums that I've been meaning to tell you about for a while and it will be no surprise to those that know me that The Shivas are on this list. This is exactly the sort of thing that appeals to me most.

The Portland Oregon quartet give the game away with the album cover. They do appear to live somewhere between 1967 and 1971. This Psych Pop has become an incredibly crowded market in recent times and so you have to be exceptional to rise above the crowd.

The Shivas are just that and add a fantastic Live reputation to the mix, a rarity in the genre. They master a gentler Psych, this isn't backward Guitars and overdubs. The songs generally hit a vibe and stick with it, usually with a melodic singalong chorus. If I Could Choose is a great example.

This is a template that you could easily let joyfully wash over you, but it is the alternate routes that keep you interested. For instance, Don't Go is 60s Girl Band and My Baby Don't just rocks and races along. Rock Me Baby even moves a decade and is pure Glam Rock.

So Cold is weeping West Coast Rock, Mamas and Papas even. Undone could be something that was recorded around the time of Madchester. Special mention goes to Feels So Bad, a monster rock out with a sort of shoegaze vocal.

The Shivas are a band that know what they like, but want to mix that up with ventures into other areas and times. They have that ability and flexibility and you can imagine them being as comfortable with a Power Pop song as this wonderful Psych. This is a splendid album from a splendid band at the top of their game.