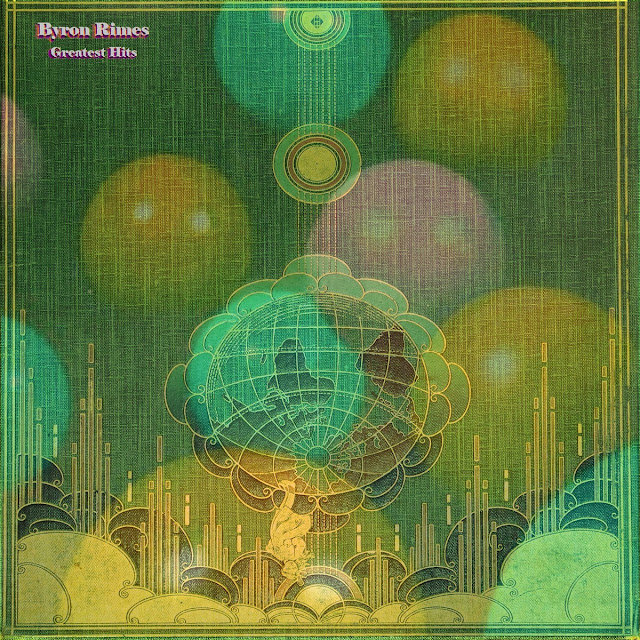 What do you mean you've never heard of Byron Rimes? Let me explain! Byron Rimes is an anagram of Simon Berry, the man who was and is Beaulieu Porch and it is splendid to have him and indeed the family back.

So you can expect some great Psych Pop, but even I didn't expect something as stunning as this. The genre demands melodic inventiveness, something that nods to the past whilst embracing the future. This is definitely that.

A song like Thorneywood Is Dark is mind blowing, so many layers yet haunting and at times it bursts into bouts of melody. Venus Is Safe is more mainstream, very Orgone Box with a twist, Lennon-esque at times. In those two songs you hear the scope od Berry's imagination.

Then there is Somer Overdone, initially an instrumental that is chillout like which bursts into Psych wonderment part way through. Simeon is very Toytown. There are times when the album can be way out there, but every piece drags you back to the norm.

The fascinating thing about Simon Berry is that in all this magnificence, he can still write songs that are incredibly Poppy. The best example is The Carmelite Devine, an absolute joy of a listen. But the aforementioned Venus Is Safe and Upon Being A Superstar are equally magnificent.

There is an IDHAS article I wrote about Beaulieu Porch a few years ago when I talked to Simon. The embedded songs are no longer up, but the article is well worth a read and largely still applies. You can read that here. In the meantime, I can't recommend this album any more highly.

So many bemoan the lack of new Orgone Box material. So until Rick gets new stuff out to the world, this is the closest you will get. Psych Pop can be extraordinarily great when presented like this. The Greatest Hits title may be tongue in cheek, but it isn't far from the truth.

Posted by Anything Should Happen at 20:54