Beaulieu Porch And The Wonder Of Psych Pop 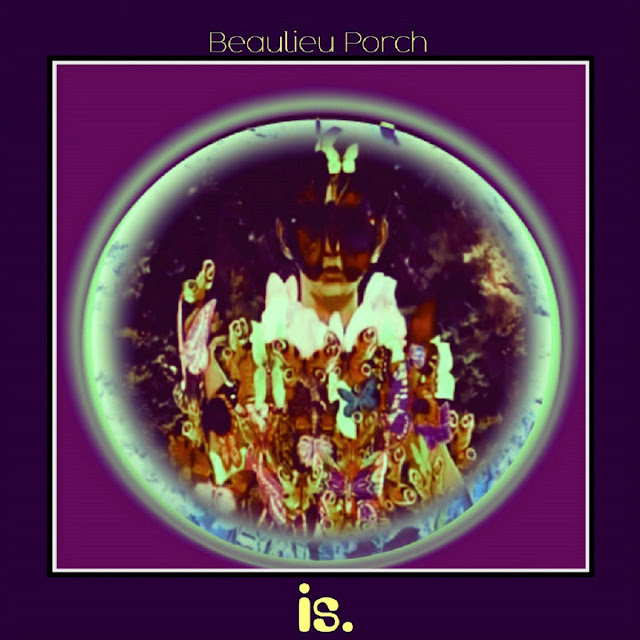 I suppose I'm known more for Power Pop these days, but the true love of my life is Psych Pop. I suppose it crept up on me over the years and was the combination of collecting music since I was 11, having wise friends and also having a train spotter mentality to discovering music. I started with Glam and Prog at an early age and all roads have led to Psych Pop. My tastes are certainly less harsh these days, there's far more Pop than my 16 year old self would ever have allowed, but I still lose myself in Psych and Prog.

The trouble is in these internet days, there's a lot of it about and the ease and lower cost of recording music means there's plenty of dross amongst the great stuff. Plus, there is the likes of Modern Prog which is completely over produced, with each song a mission to show how technically great the artist is. It has no heart.

So what do we do with Psych Pop? How does it's joy reach the masses? It's a bit too left field and out there for many Power Pop and Pop Rock fans and way too catchy and slightly simplistic for the Psych Brigade. How do you capture the in between fans, they are out there, I know many of them and all the music magazines tell them about is a bit of a piece on great Psych Pop from the past. Indeed the likes of Mojo and Uncut are like my music collection 40 years ago.

Psych and Prog rely somewhat on the album format, it's what they've always done. However, more and more listeners listen less to albums and more to playlists. Psych Pop is suited to that 3 minute format, so how does it get on those playlists? Where can you go to listen to it? The internet is great but like shopping online, you have to know what you are looking for.

For the example of Psych Pop and how hard it is to get the music out there, I am using the example of Beaulieu Porch. You can read my review of the Sarum Sounds album here. The song links aren't active now, but I will direct you to the new compilation, Is., in this article. Simon Berry is a master of what he does and few do it better, but how many people know this? Answers On A Postcard..........

Berry made the first Beaulieu Porch album around 6 or 7 years ago, having finally exhausted the possibilities of the whole live band thing. After getting through about 60 different "band mates" he hit upon the perfect combination of just him. He thinks that possibly because he'd grown up in England's must unambitious unmusical city, he had no idea that there were people in the world that were interested in the same type of music as him.

He adds; "Up to this point, all I'd had in terms of a critique was the occasional ''that's nice'' ( which was well meant, but I could tell that my mum wasn't really all that interested...)". "So to be written about in such glowing terms was something that came as quite a shock. I've got loads of songs in my head. I'd still be relentlessly bashing away on my Boss BR 1200 studio now, if I hadn't overdosed it and killed it with my zealous, excessive psych pop shenanigans."

"I love big, ambitious, colourful music, as well as intimate, fragile, beautiful songs. It can be hard to define the reasons why we like what we like. I sometimes cynically wish that I could have been into more conventional music and had the commercial ability to write boring, repetitive songs that might have made me a giant bag of money"

"What I do have however, is my own little cottage industry. I do everything myself, all the recording and playing, the artwork, the promoting, addressing the jiffy bags and everything. You can only go so far as a one man band on Facebook though, so I'm always exceedingly grateful for people like yourself, who are kind and interested enough to give me a little nudge in the right direction."

"I love the fact that technology has made it possible for more people to make original music these days. I've an insatiable curiosity when it comes to new stuff, as well as old stuff which I may not have heard about. For me, the internet is a constant source of fascination, so far removed from my younger days, when all we had was Radio One and Radio Luxembourg, and OGWT for anything less mainstream."

This brings us to the magnificence that is the summary compilation that is Is. 24 songs from the Beaulieu Porch back catalogue that are available for the bargain price of £5 for the digital download or £9.99 for the double CD. Also included on the album is the new single, Simeon Touches The Ground.


Hot off the press, the Beaulieu Porch family and friends have released a wonderful double A Side as Gabriel Family. G.F. Summerset is poptastic as proven below and you can listen to and buy that and it's colleague here.

So now is your chance to prove that Psych Pop isn't talking in an empty room. You can listen to and buy Is. here.

Posted by Anything Should Happen at 13:43