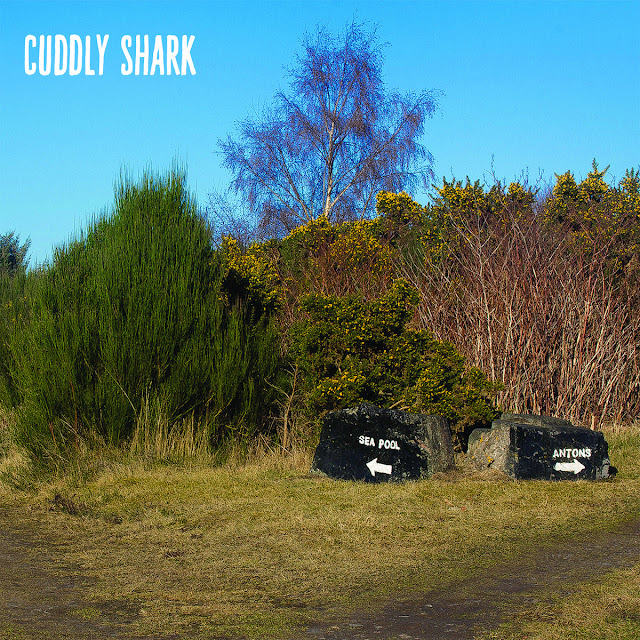 I've said before that away from IDHAS, I don't just listen to Power Pop and Pop Rock. I have a real love of both Prog and Left Field Indie. I'm also old enough to blab on about how it's not as good as the old days and blab on and on about Stiff and Postcard.

Well firstly, a big round of applause for Glasgow's Armellodie Records Label because they are the Stiff or Postcard now. In over a decade, they continue to challenge the norm, supporting a wide range of artists, all different and all deserved of a listen.


Cuddly Shark are certainly left field, you wouldn't believe that the trio are from Glasgow. They have far more in common with the States. Think B52's, They Might Be Giants, Jonathan Richman with a Beck like ability to go off on a tangent.

There's also a real wit to the band, akin to the like of Colin's Godson and The Bordellos. Hobo Rock is hilarious as are Name Dropper and Cover Band. There seems to be hundreds of different ideas fighting to get out in these wonderfully lo-fi set of songs.


That's not to say that there isn't plenty of Pop here. There is, Once We Were Two and Not Yet Three stand equal with any Indie Pop that you wish to name. Wash Off The Mash Tun is a real sing along, a bit like a Pop Punk fronting a Folk Rock band.

The Rhythm is a great hypnotic opening song and across these 13 offerings, you are taken on quite a journey. You could spend a half hour watching Emmerdale or you could be entertained and educated by listening to Cuddly Shark.


Posted by Anything Should Happen at 22:30