The Return Of The Reviews 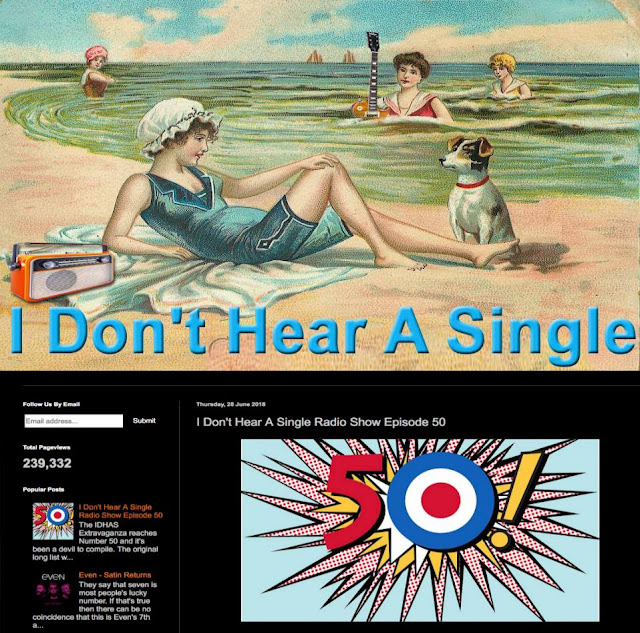 The first half of the year has been a really strange one. I Don't Hear A Single has branched off into so many directions. Although, the Radio Show thrives, it's felt like ages since I wrote reviews in any quantity and there is a lot to review.

Every time I've set the time aside that time has been taken away by another meeting, another phone call, another something. These Six months seem to have flown and it has all been productive, but behind the scenes. You'll hear about some of those things in coming weeks.

Two things have sprung to mind. A lot of the conversations I have had in 2018 Part 1 have involved showing people what I do. Sound wise, I was largely armed with the two Best Of 2017 Radio Shows which best demonstrated the type of music that I enjoy and what I want others to support.

Those two continuous mixes have gone down so well that it's given me hope that Indie Power Pop and Pop Rock will eventually be rewarded for what it brings to the musical table. I've listened to those two Best Of's a lot and they still sound great. It made me realise how good 2017 was as well as as how little I've wrote about in 2018.

I'm also aware that I based all those End Of Year Lists on what appeared on I Don't Hear A Single and that I need to get Reviews up in quantity to be able to do that again at the end of the year. I'm also aware that artists must wonder what has happened to their review and I must remedy that.

The non IDHAS Music stuff that I do has grown and grown and has mentioned earlier, you will see some of the fruits of that in coming months. But this outside stuff has kept me away from what I most enjoy which is reviewing new music and I hope you've missed me as much as I have missed you.

I Don't Hear A Single is about Reviews and Radio and New Music.

So for the next few days, I am locking myself away from Phones, Email, Social Media, Skype, Voice  Conferences etc and relying more on Pigeons and Whippets. The backlog of Reviews will start to be addressed. You'll only see me on Social Media to promote the completed reviews.

You'd better get your wallets ready, there is a lot of new music that you'll want to buy.


Posted by Anything Should Happen at 18:24

Email ThisBlogThis!Share to TwitterShare to FacebookShare to Pinterest
Labels: The Return Of The Reviews