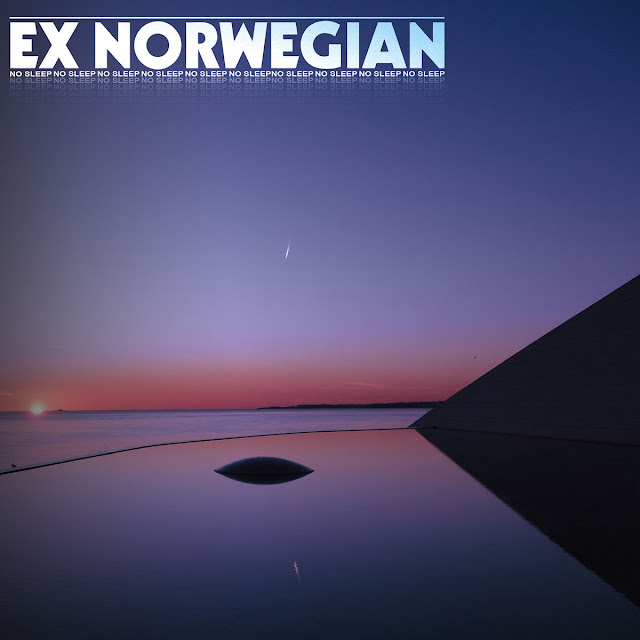 It's a never ending sense of frustration at IDHAS HQ that Ex Norwegian are not massive. If this were the Seventies, the momentum would have achieved this, but in these Spotify, one track wonder, move on to the next, albums have a hard time.

Roger Houdaille's Miami Beach trio deserve that success. This is album Number 9 in just over a decade and each has the happy knack of giving you what you want yet taking the music on a pace. No Sleep is great Pop Rock, albums that get made less and get heard in the mainstream even lesser.


Having two vocalists helps the variation. The decisions on who sings what are spot on. The sweet tones of Michelle Grand work beautifully on the likes of Marquee 1970's, a real stomp that you will have heard on the IDHAS Radio Show. Separately, Houdaille and Grand's vocals excel, it's also great to hear a joint vocal on the left field, Block.

The duo even get to sound all Deacon Blue on Triggered Weeknd. Grand's vocal on Maybe Next Time is Kirsty MacColl like. The whole album is a sort of best of 75 - 85 music wise, the new wave pace of Right Again is spot on.


Fernando Perdomo never seems to sleep and here he adds Guitar to Good Intentions and Making Deals. The former is a real Glam sing along, whilst the latter is the album's centrepiece. Making Deals is a real ear worm, all street attitude, it'll certainly be up there in my 2018 Review Of The Year.


The Perdomo solo on Making Deals is worth the admission alone. I can't emphasise how good the song is, so much so that it's the lead song embedded here. In a just world, people would be queuing outside record shops to buy No Sleep.  You'll just have to go second best and buy it where you can.

You can listen to and buy the album here. You can also buy the CD at Ray's excellent Kool Kat Emporium here.


Posted by Anything Should Happen at 11:44