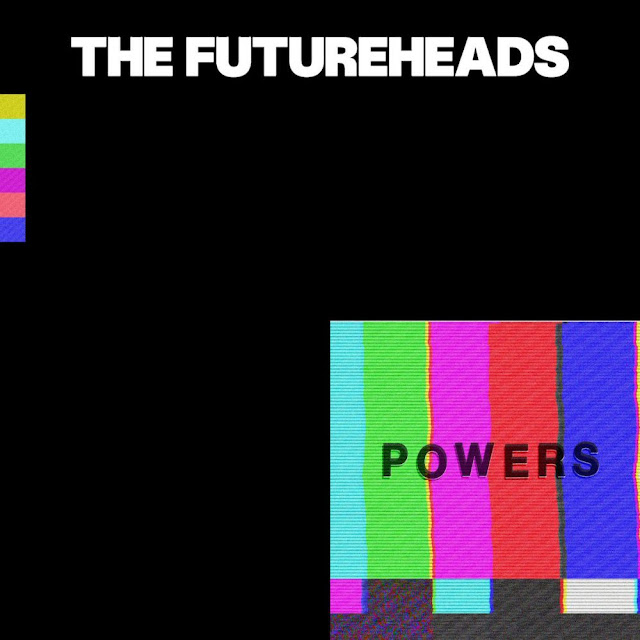 There's something reassuring about the return of The Futureheads. You know the album is going to be suitably noisy UK New Wave that will translate to the live stage best, Powers doesn't disappoint, because it is just that, real shake your fist stuff, but always containing more than interesting diversions and riffs.

It's been a while since an Electric album from the Sunderland quartet, nine years in fact and seven years since the a capella of Rant, so it is definitely time to be chirped up amidst the misery is 2019. Plus, you always feel that the band are on your side.

That splendid debut album which felt so early XTC has expanded to take on that whole 78 - 80 period. Only Listen, Little Man and Headcase so XTC now, but it is refreshing to note that Guitar Pop is not dead and it does need the likes of The Futureheads to remind us that there is still hope.

That's not to say Powers is formulaic or one trick, targets are still aimed at and hit at will, but it's the breakneck speed that doesn't let up. There is no respite through all 12 songs, don't expect any ballads, this is beat driven angular pop at it's very best.

Electric Shock is a riff driven, staccato song with sounds coming from everywhere. with a wonderfully frantic guitar solo included. Mortals is built on such few repetitive lyrics, but is hypnotic and Across The Border is a fantastic rant, really inventive with a Mod Pop undertone.

The stand out here is Good Night Out, which is The Jam in all but name. The Futureheads can come across as a noisy Franz Ferdinand, but there is far more to them than that. Oh how we've missed you boys, it's great to see you back.

Email ThisBlogThis!Share to TwitterShare to FacebookShare to Pinterest
Labels: The Futureheads