Alan Price - Between Today And Yesterday 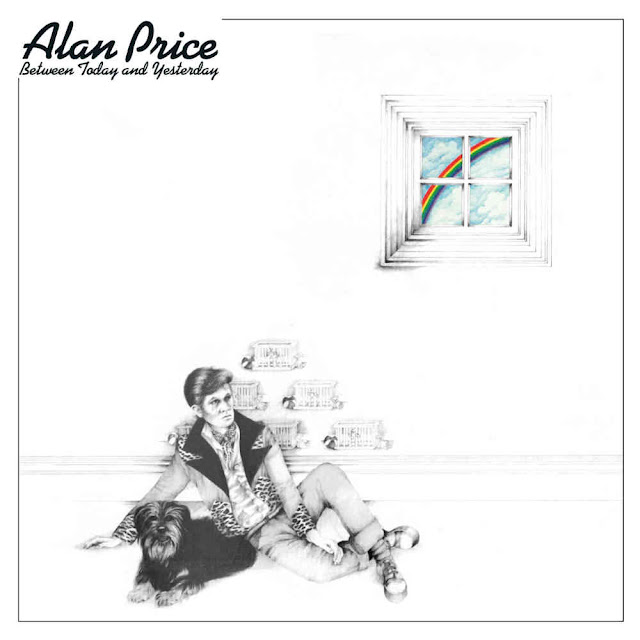 I Don't Hear A Single largely covers the new, so when I write about reissues, they are normally for appearances elsewhere. However, there are exceptions which can easily go in the under appreciated artists column and Alan Price is certainly one.

There was a ten year period when the the man was untouchable. Originally he was part of The Animals, encompassing the House Of The Rising Sun riff, a BBC TV Series that brought the likes of Jimi Hendrix into the houses of the great British Public.

He was popular enough to have a regular slot on The Two Ronnies Show and break even more ground with his appearance in and soundtrack writing for Lindsay Anderson's O Lucky Man. That golden spell culminated in one of the great 70's albums and here it is.


Following the success of the O Lucky Man Soundtrack, Price recorded Saveloy Dip, which was going to be the album that broke America, but it was mysteriously pulled just before pressing. Only a handful of 8 Track Tapes escaped into the stores and it is to Omnivore's great credit that the album eventually got a release in 2016.

Price, at the time, was working on a Musical covering his beloved North East and the tales of depression and austerity in the area through the thirties to the mid sixties. He adapted songs from that to a quickly recorded Between Today And Yesterday album and what an album it is.

The album was split into two halves, Yesterday was Side 1 and it's those six songs that stand out so much. This was Social Commentary that stands comparison with any writer in the field, Ray Davies springs to mind.


These six songs ache whilst describing the harshness of those times. Yet this isn't a depressing affair, the arrangements nod towards the period, there's lots of Brass accompaniment. Left Of People has a chirpy Jitterbug feel that masks the lyrical pain. The Trad Jazz arrangement on Away Away is simply wonderful and In Times Like These is the best song that Randy Newman didn't write.

Under The Sun almost makes you cry, it's so heartfelt, it's McCartney-esque and most of our vintage will be familiar with Jarrow Song, the 5 minute multi part story of 1936's Jarrow March, if ever a song defined an event, it's this. Both the album and Jarrow Song made the UK Top 10.

Between Today And Yesterday is present in two versions. The old Side 1 version is fittingly moody, one man and the piano. An alternate version on the old Side 2 is fully orchestrated and the latter's approach works beautifully, it's like a different song.


Side 2 is a more modern affair and concentrates more on Love Songs. Angel Eyes is almost Cabaret, but You're Telling Me has some of Price's noted Organ playing. bursting out of the laid back Blues. Two extra tracks are added to this release, namely the single versions of Jarrow Song and In Times Like These.

Cherry Red's Esoteric label has given new life to some fantastic albums this year, this is certainly one of the best. I defy anyone to write as good a set of songs as those. The lbum is released on 25 October, you can pre-order it direct from Cherry Red here.