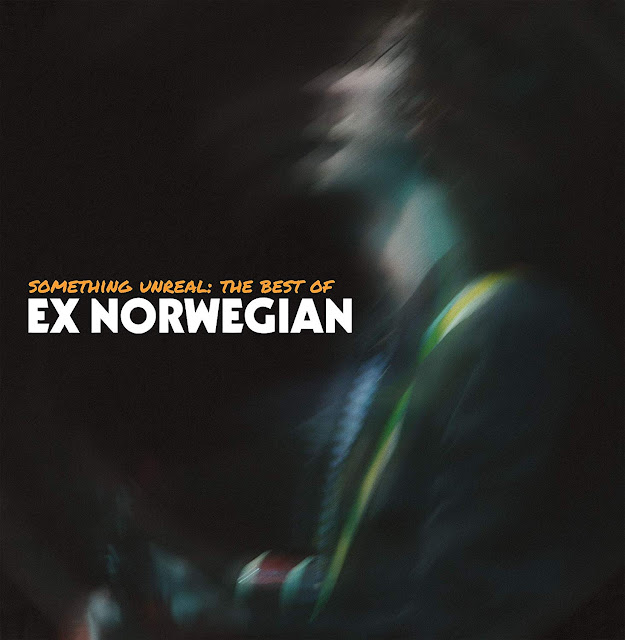 It seems only right that after a decade of threatening to be the breakthrough band that got the reward that they deserve, should be a pause point to look at that decade. Indeed, it's been one hell of a ride for the Miami Beach trio.

The two most relevant points in that decade are noted. This Best Of bears the title of the first song they had which went on to be the Radio smash, Something Unreal. The promotion for this album is led by Making Deals, the stand out song from their last album, a song that was probably 2018's finest and said everything about how poptastic they are.

That album, No Sleep, was IDHAS's Album Of The Year last year and it's sensational. Anyone buying this starter point, should also buy No Sleep, I still don't see a better Guitar Pop album around. But it's not just about those two singles.

Ex Norwegian have this wonderful knack of appealing to all genres. Nine albums in, they are as beloved on the Power Pop scene as they are amongst the Psych Pop of the Fruits de Mer mass following. They achieve this by being themselves, not by pandering to the latest craze or throwing masses of stuff at the wall, hoping something will stick.


The band are also aided by being able to switch between lead vocals from Roger Houdaille and Michelle Grand. The first half dozen songs here reveal a lot of what is ace about the trio. Both of the previously mentioned songs are there, plus the Psych of Life and the magnificent Sudeki Lover.

But there is far more here to thrill than just those six songs. The UK New Wave of Iniative Rock. the Blondie Pop of Fresh Pit, the Doo Wop of All Hips No Waists and the 70's Jigsaw Pop Rock of Aventura are all splendid. Love Is is wonderful Folk Pop courtesy of Michelle's Vocal, a song that ends the collection, but shouldn't get lost in all the greatness that precedes it.


All 25 songs here are top notch and a testament to what a great decade it has been for the band. It
doesn't end there though. The CD Version has a bonus disc that is also available with the download. Amongst these 23 songs, you hear Ex Norwegian stretch out even more.There's also a cracking new version of Something Unreal.

This bonus disc also shows why the band have such an outstanding Live Reputation. I've spoken quite a bit about how the Power Pop and Pop Rock brigade ignore the 00's and particularly the last decade. Well, not so in these quarters. Ex Norwegian, to my ears, are the best band of the last 10 years and can hold their own against anything that's gone before.


The album is available in various options, including a 15 Track Vinyl Version. All are more than reasonably priced. You can listen to the album and buy your favourite format here.