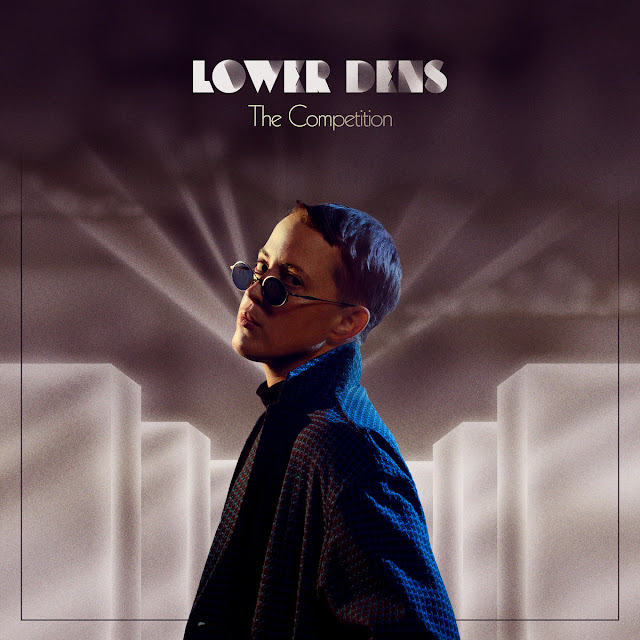 Jana Hunter's Lower Dens return with a fourth album that looks to build on the critical acclaim of  Escape From Evil. This album certainly does that, it's still as dark lyrically as what has gone before, but the sound is much bigger.

This expanded sound has created a far more melodic, less basic, affair. The synths are built on memorable riffs, rather than relying on atmospherics. This means that there's less reliance on the central themes that run through Lower Dens albums.

Unusually for an IDHAS review, there are no Guitars present here. The band is now slimmed down to a duo and that rings familiar with a lot of the Synth Duo acts of the 80's. Make no mistake, this feels like a very 80's album.

I'm reminded a lot of In Outer Space era Sparks and even at times with their adventures with Giorgio Moroder. There's definitely a Russell Mael lite feel to Hunter's Vocals. The theme across the album is about political and gender identities. That theme is lyrically, not as po faced as Concept Albums can be.

The Competition stands alone as a melodic wonder of an album. There's an incredible vibe that makes the whole thing highly listenable as well as a Music That You Can Dance To feel. There is an Erasure or Pet Shop Boys feel at times, particularly on the likes of stand out single, Hand Of God.

However, the album is at it's best when it veers away from straight synth songs, notably with the nod to Bowie on Young Republicans. The real gem here though is the closer, In Your House, which is a far more straight ahead Torch Song. It's wonderfully moody and beautifully sung. All in all The Competition is a cracking listen. There doesn't have to be Guitars when an album is this good.