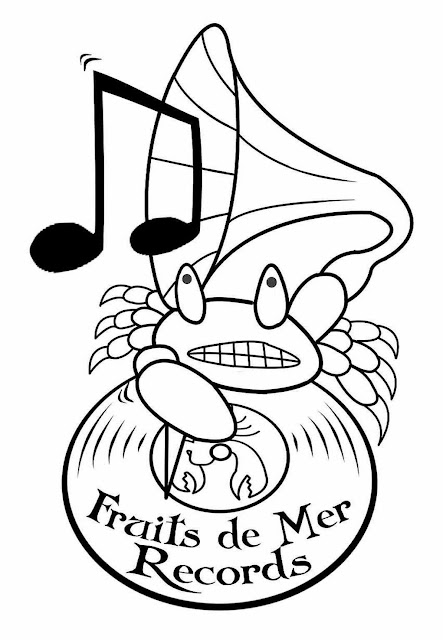 Started by Keith Jones and Andy Bracken back in 2008 the Walton on Thames based psych/prog/folk label Fruits de Mer records soon grew into the coolest and most collectable imprint of the moment. It has perfectly caught the current vinyl zeitgeist with beautifully packaged, strictly limited edition single and album releases. They are in the enviable position of each new release being snapped up by music lovers and serious vinyl collector across the globe whilst garnering endless amounts of high profile and glowing press along the way.

With the likes of The Luck Of Eden Hall, Soft Hearted Scientists, The Bevis Frond, Nick Nicely, Anton Barbeau, The Pretty Things and The Chemistry Set all appearing on various releases there’s a lot to interest the average IDHAS reader.  We thought it was time to sit down with Mr. Jones, who now runs the label and have a relaxed chat about what’s happened so far.


So what music were you into before you started the label?

"My first big obsession was progressive rock, especially krautrock, at the start of the 70s.  I worked back from there to 60s psychedelia, which i missed out on by a couple of years first time around. In the eighties I then kind of got sidetracked by the real world of marriage, kids, work and mortgages.

Then The Orb and Pete Namlook rekindled my obsessive side at the start of the nineties. By the time we started Fruits de Mer in 2008, I was musically all over the place - electronica, IDM, drum and bass, post-rock etc. I gradually worked my way back to the 60s and early 70s and falling in love with vinyl all over again."


How did the label first get going?

"An old mate, Andy Bracken, had moved to the States and started up a label on his own, coincidentally called Bracken Records.  We got chatting on one of his visits back to London and somehow the idea for a singles label developed.

Andy's experience of the pitfalls of running a label and too much beer had a lot to do with it and we somehow stumbled into Fruits de Mer. The label would never have got off the ground without Andy driving it. Although I'd worked on a few music magazines over they ears, I wouldn't have had a clue where to start."

Did you have any inkling that the label would get such legs on it and how do you feel when you see your stuff up on ebay at such high prices?


"God no, we always thought in terms of, "if Fruits de Mer was someone's else's label, what would get us hooked on it". It never really occurred to me that we might actually become 'collectible'.I find ebay quite funny, sometimes releases from the label sell for crazy money, but I suspect most stay unsold for a long time.

The only thing that does irritate me is to see promo CDs that I've sent out to radio stations and magazines getting listed for sale and marked 'unplayed' that really is taking the piss."


Run us through an average day in the life of FdM


"Catch up on overnight emails, catch up on Facebook, pack and post a few orders, correct a couple of cock-ups that someone has spotted on the website, say hello to Liz (my wife), that's most days sorted. Then it's working up the next releases, checking out new bands, talking to artists I've worked with in the past and planning for our very occasional gigs and our annual summer festival.

Fruits de Mer is somewhere between a hobby and an obsession. It takes up far more of my time than it should, or I ever thought it would, but it beats watching 'Homes Under The Hammer' and taking up golf.

We came to terms early on with FdM never becoming a commercial proposition and that was hugely liberating as it meant we could do whatever we wanted to do. Andy handed his half of the label over to me seven or eight years ago to concentrate on writing. So now I have no-one to answer to other than myself when I come up with another stupid idea for a release, except perhaps the odd dirty look from Liz."

What have been your personal favourites on the label so far and what is your criteria for which artists you choose?


"They say you never forget the first time and Schizo Fun Addict's 'Theme One' our first single, still means a lot.  Having The Pretty Things record for the label was quite unbelievable because they happen to be my all-time favourite band. Their manager, Mark St John, even allowed me to use the original design to 'SF Sorrow' for a live EP by the band, I mean, bloody hell!

The 'Head Music' double LP of krautrock covers in 2012 was very close to my heart and it was the first big project I took on when Andy stepped down. More recently, having The Orb appear on Fruits de Mer is another dream come true.  Alex Paterson is in large part responsible for me regaining my enthusiasm for music the best part of thirty years ago.


Choosing artists is really down to the music. If I love a track I hear, I'll try to find an excuse to release it. If the first release has worked well then, I'll chat to the artists about what they're planning next. With a few people, such as Crystal Jacqueline and The Honey Pot and Anton Barbeau, it's reached the point where I can throw song suggestions at them and they'll either throw them back or take them on."


What memories do you cherish of the various FdM concerts down the years?


"The Pretty Things headlining the first Fruits de Mer gig at the Borderline in 2013.  A queue forming outside the venue for the first Dr. Sardonicus festival in 2014. Meeting up with people who are rapidly becoming old mates at each year's summer bash in Wales. Seeing the 'Fruits de Mer' name in lights at the Half Moon in Putney.  Nick Saloman referring to all record labels as 'bastards' at this year's festival."

What are the upsides of running the label and what are the downsides?


"I wake up thinking "I'm running a fucking record label!", I still get a real buzz out of the whole thing. The downsides are that I commit to doing far more than I should, without thinking it through and then have to deliver on it.  It results in the (more than) occasional cock-up that i have to admit to, find excuses for, cover up or rectify."


Are there any projects you had to give up on?


"Well, we nearly gave up before we started when we initially approached established labels to license the use of specific tracks and they, for some reason, didn't want to work with a label that only existed in our minds.

A few years back, I fancied the idea of playable postcards, but they turned out to be horribly expensive and the manufacturer wouldn't be pinned down on schedules.  I went for flexi discs instead, which turned out to be just as expensive.  That wouldn't have been so bad, if I hadn't decided to do a box of ten of them."


Is it still as exciting for you as it always was?


"Even more so, it all started as a lot of fun, but it's turned into something that I also feel really proud of.  Reissuing Nick Nicely's 'Hilly Fields', releasing a single by 'lost' 60s US band Touch and putting together a all-singing, all-dancing reissue of Fuchsia's classic album were all a bit special.

As was seeing a new album (by SEN3) launched at Ronnie Scott's.  Plus, if I ever get too smug about it all, I go and screw something up and that brings me back to size (and I wasn't very big to start with).

I do like the fact that although the whole thing has grown into something more than I ever imagined, I can still do off-the-wall stuff.  A stick-on moustache free with a Zappa covers single, a Rubik's cube with an Astralasia's double album, my granddaughter Molly designing a Bevis Frond sleeve..... and get away with it."


"I didn't start out with a bucket-list, but if I had, The Orb and The Pretty Things would have been on there. Todd Rundgren and Roy Wood would still be there, but it's just as much fun finding and working with remarkable new artists like Elfin Bow and Moon Goose."


What future plans have you got in store?


"I think it's time that I worked with more artists that are new to the label, so a lot of next year's releases will be compilations including bands I've not worked with before. There'll be a taster for what's to come with a 7" EP towards the end of this year, featuring one or two new names, including...Chad & Jeremy!"

You can find out more about Fruits De Mer label here. The FdM You Tube channel has a wealth of delights here.

Posted by Anything Should Happen at 21:55