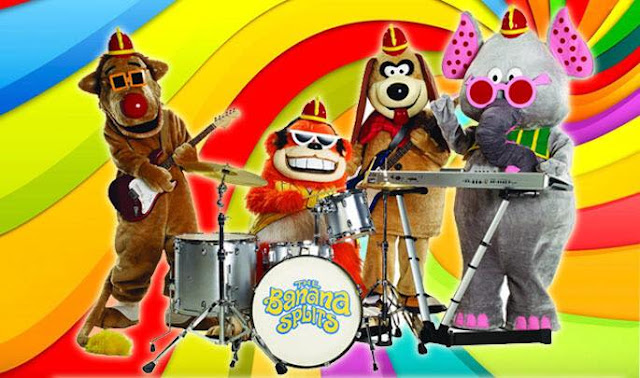 Tomorrow Night's Radio Show has been dispatched to KOR as we celebrate 2017.

17 of my favourite songs of 2017 are gathered for the second half of the celebration I hope you enjoy them as much as I do and head off to discover more about the artists. It should also be noted that these are just some of the best songs of the year and it sort of proves the Blog Title to be a sham.

Broadcast on KOR Radio at 8pm UK Time on Fridays, repeated at the same time on Saturdays. Due to increased popularity, a Monday Night Repeat has been added at 8pm.

You can listen to it here.

Next week is a special and a sort of cross platform extravaganza. Next Friday night, it's the awards for Albums Of The Year Blah Blah Etc Etc. The first time that I've ever agreed to do this, because I'm a bit anti charts, everything is relative.

Favourite albums at present can change daily / weekly / monthly. But I will be putting considerable thought into it and there are also Special Category Awards in the style of NME's of old before it became a rag for stating the obvious and advertising men's beauty products.

So Volume 28 of IDHAS Radio will be me announcing my ten albums of the year with chatty bits before a song from each album, telling you why I chose it. The whole kaboosh will then be released on here after the Radio Show has ended.

There are also some Mixcloud Only Specials on the way before next week's show. Two Christmas Mixes and a Best Of The Year compiled by Blog Readers. You can read more about the latter here.

Also, a reminder that the show is archived the following week on Mixcloud. You can listen to the first twenty six shows here.

So without further ado, here is the playlist for the second part of our 2017 Applauding.

Posted by Anything Should Happen at 18:07