Fits - All Belief Is Paradise 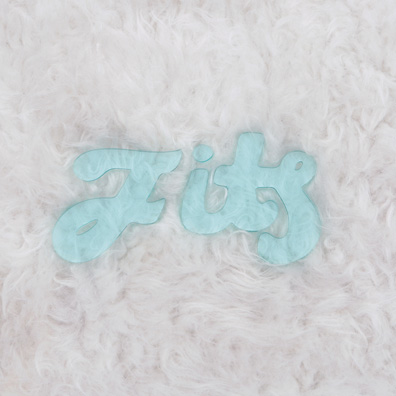 Brooklyn's Fits have a reputation as a thinking man's Pop Punk band and that's were labels fool you. Nicholas Cummins's outfit have fashioned up that is something so much more. All Belief Is Paradise wouldn't feel out of sorts on Fruits or Megadodo. This is great Alt Pop, bordering on Classic Psych.

My greatest bugbear involves bands that make three minute ideas drone on for double the time. Not a hint of that here, when a song is done it's done. These 12 tracks come in at just over 20 minutes, it's as though Prog never happened.

There's a real DIY charm to the album, built largely around the Bass And Drums, not in a dance way, but rhythmically. When the Guitar breaks out, it doesn't half rock, particularly on the likes of Ice Cream On A Nice Day and All The Time.

In all this lo-fi wonderment, the Guitar is reminiscent of Jonathan Richman, but it would be really unfair to confuse this sparseness with a lack of ability or ideas, because despite the album's brevity, the ideas are fighting to get out.


The Ground is a great example of how wonderfully inventive the whole thing is. It isn't instantly accessible, but you will get hooked. There's also Pop sensibilities aplenty, Mango could be Buzzcocks. The spirit of US New Wave shines here, but Fits take it one stage further.


This is a gem of an album, something you don't generally discover per chance. I'm so glad I did. You can listen to and buy the album here.

Posted by Anything Should Happen at 21:28

Email ThisBlogThis!Share to TwitterShare to FacebookShare to Pinterest
Labels: Fits