Album Of The Year Delayed Announcement 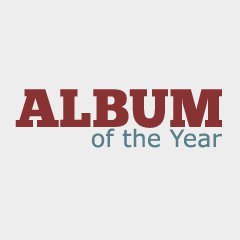 The plan was to announce the IDHAS Top 10 Albums Of The Year tomorrow night in a sort of simulcast with the KOR Radio show. This has now been postponed until next Friday (5 January) due to technical problems at my end.

The KOR show was to feature songs from the ten best albums with explanations from me as to why I chose them. But the elaborate Mic System here has gone down and the commentary using internal Mics on PC or Mac sounds dreadful.

A replacement Mic will arrive tomorrow, but the deadline for me preparing tomorrow's KOR Radio Show is 8pm UK Time tonight. So I will move the announcement fanfare back a week. Tomorrow night's show on KOR will be a normal new stuff edition, a sort of swap as that would have been broadcast next week.

Everything else remains the same. On New Years Eve there will be a Mixcloud Special with the albums you have as your Album Of The Year with an explanation why from the nominator.

On New Years Day night, it will be the IDHAS Oscars winners posted on the Blog. This will be spoof style a la NME / Smash Hits of years gone by. I'll post the playlist of this week's radio show on heare as usual tonight.

So the excitement and buzz of how wise we are will just be delayed, frustrating, but unavoidable. This is the third Snowball Mic that has gone down this year.

Posted by Anything Should Happen at 14:47