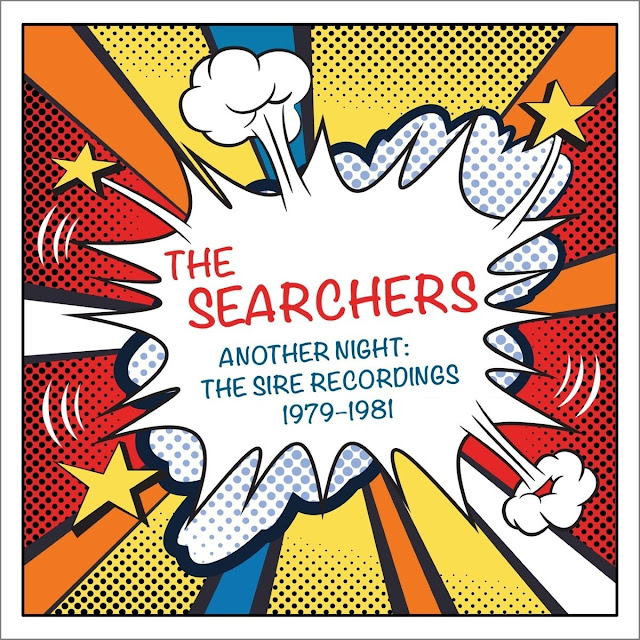 There are lots of debates about what Power Pop is and isn't and of course they always end with everyone and no one being right. Power Pop is also a title that some artists love, others find it limiting and off putting to potential buyers.

The other great dispute is what band / artist started Power Pop. Many point back to Buddy Holly and The Beatles, others note the 70's and Badfinger and Big Star. I'm amongst the subscribers to The Searchers' When You Walk In The Room, even though Jackie DeShannon beat them to the song the year before.

Whatever your thoughts, people cannot dispute The Searchers contribution to Jangle Pop in those heady Merseybeat days. Seymour Stein couldn't believe that The Searchers were still not recording and subsequently these two albums remedied that.

The late 70's now is looked upon as a heyday for Guitar Pop. In the UK, Punk partly morphing into New Wave is seen as a glorious revival of Pop with Power. It certainly didn't feel like it at the time and was only a small part of what was going on musically, but the likes of Stiff, Rockpile and Squeeze returned to great Pop songs mainly about love lost or found.


It's easy to summon up hindsight to say how fantastic the scene was, when many of the bands now are lauded when they were looked upon as inconsequential at the time. As with Brit Pop, it's the undercard that was most interesting, the likes of The Motors and The Records.

Which brings us to the first self titled album, released in 1979. The band were as on form as ever, but looked largely to those New Wave talents for the songs. Hearts In Their Eyes, written by Will Birch and John Wicks, was a song by The Records. Switchboard Susan is a Mickey Jupp song that appears on Nick Lowe's magnificent Labour Of Lust. A song he still performs live to this day.

The jangle continued with Tom Petty's Lost In Your Eyes. Three Bonus Tracks are added to the original album. Love Melodies (Play For Today in the States) was the second sophomore album, released in 1980. This time The Motors' Andy McMasters has Love's Melody covered and there is a cover of Power Pop Classic, Big Star's September Gurls amongst another fine collection of songs.


Four Bonus Tracks are added to Love Melodies, including the previously unreleased,  John Hiatt song, Ambulance Chaser. Sadly, the albums didn't sell well and Sire passed on the option of a third album. It's a shame, because both these albums complement that UK late 70's wave of Power Pop beautifully.

Lots of jangle, singalong choruses and good time listening. This double disc is a worthy release and adds more credit to the Omnivore label. Omnivore mix the releasing of the new and old albums, beautifully. It would be great if a UK label could offer UK artists of similar stature to Cait Brennan and Chris Price recording deals.


Posted by Anything Should Happen at 16:43

Email ThisBlogThis!Share to TwitterShare to FacebookShare to Pinterest
Labels: The Searchers