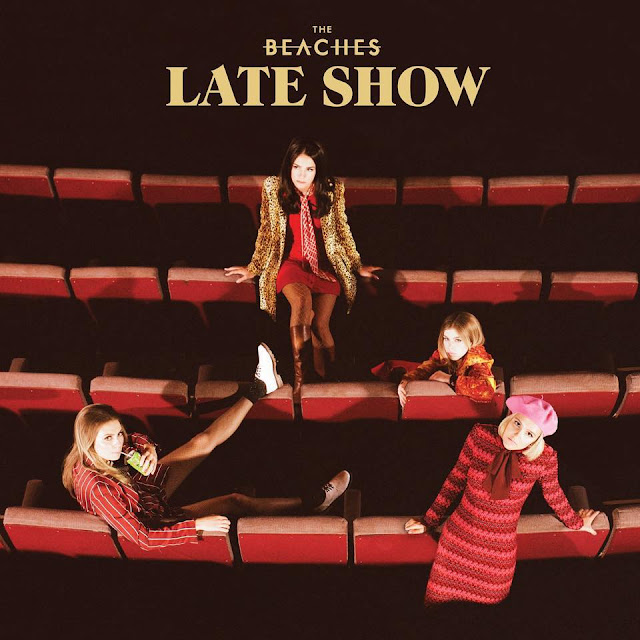 There seems to be a theme starting to develop here. Following on from Partner, here's a second Canadian female band to enchant your ears. Where as Partner nod towards Classic Pop, Toronto's The Beaches are a much more direct affair.

Comparisons will obviously be made to Haim, but this lot are nowhere near as one dimensional and whereas the recording studio seemed to temper Haim down, this debut album appears to do the opposite.


Late Show hints that The Beaches could be anything that they want to be, the album is that varied. Contrast the opening pop stomp of Back Of My Heart to the Garage Rock of the closer Sweet Life. Money has a Joy Division vibe, whilst Moment could be Girlschool.

There are so many bands you could point to here, early Blondie, The Runaways, early Go-Go's amongst them. Then they can come up with something as gloriously chorus led as One Night Stand. Keeper is a pure blast of US New Wave in the verse and then blasts into a chorus that Pink would feel at home with.


The title track could be on the Go-Go's debut, yet Highway 6 is all Everything Could Be The Girl / Cocteau Twins sweeping moodiness. Gold is ultra modern, you can imagine some diva on The X Factor murdering it.

Turn Me On is wonderfully minimal, before breaking into a stomping chorus. T-Shirt comes over all Mink De Ville. It's a long time since I've hears such a varied accomplished debut album. Driven by a superb rhythm section and Jordan Miller's vocals with attitudes. The album deserves to be heard by a far bigger crowd than da kidz.

You can buy the album everywhere and listen to the album at your place of choice here.

Posted by Anything Should Happen at 18:09

Email ThisBlogThis!Share to TwitterShare to FacebookShare to Pinterest
Labels: The Beaches