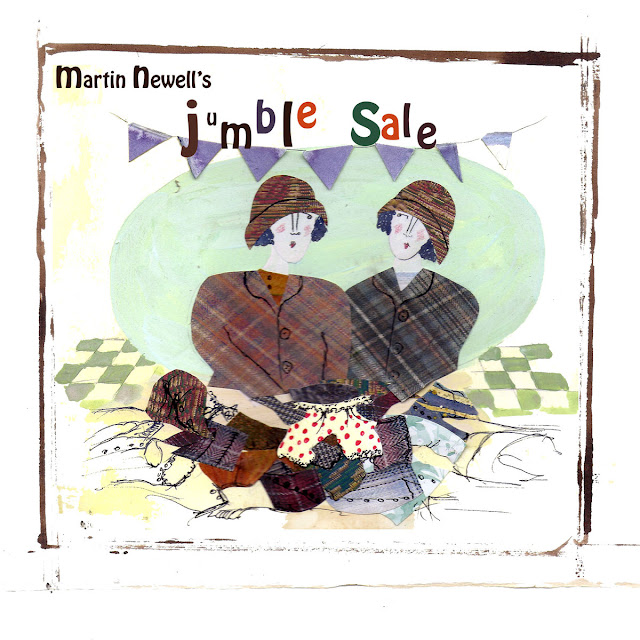 In last week's Xmas affair, I compared Brian Bordello to Martin Newell, I could give him no greater compliment. I've fawned and waxed lyrical about Newell on this very Blog here and here.  So here is a third wave of fanboy stuff.

The Cleaners From Venus tapes are what introduced me to all things Newell and I've relished every minute since. So a collection of Martin's Demos And Outtakes is something to feast on. 17 songs from 1975 to this year are present and these recordings enhance his reputation more.

I've often wondered how Newell would have fared with a label giving him some cash and backing his adventures. He'd certainly with the likes Of Robyn Hitchcock and not only as an Indie Andy Partridge. The Cleaners From Venus have always been Lords Of Lo-Fi. These songs sound wonderful, even as 4 Track recordings or in some case mono tape to tape. He makes a 4 Track sound like a much more modern recording device.

The earlier songs reveal a different side to the Greatest Living Englishman (TM). Ain't No Silicon Chip and My Rocking Days blend perfectly with the New Wave Pop of the time. There's also some wonderful solo at the Piano stuff, most notably the splendid Moonraking, which is like a chirped up Peter Skellern.

English Girl On A Horse is so Hitchcock and the Psych Pop Morrissey pastiche of The Luxury Of Misery is hilarious. She's Got Talent is another laidback joyous song, all sing-a-longa-Newell. A great slice of Sixties Pop.

It's the trademark Psych Pop that grabs you most though. This is what garners the most XTC comparisons, very Oranges And Lemons. Scarecrow Hair And Saucer-Eyed is all Orgone Box and this year's Red Guitars And Silver Tambourines shows that no talent has been lost over the years. It's simply wonderful Psych Pop.

A collection of Martin Newell demos is far superior to most's Best Ofs. The man really should have greater acclaim. I think I'll start to build a plinth in anticipation now. You can listen to and buy the album here.


Posted by Anything Should Happen at 18:44

Email ThisBlogThis!Share to TwitterShare to FacebookShare to Pinterest
Labels: Martin Newell, The Cleaners From Venus