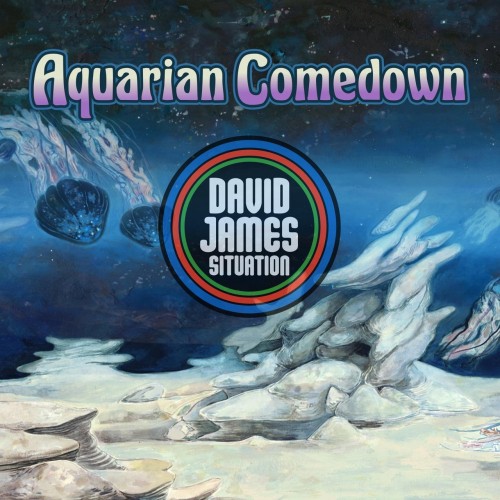 The debut album from David James Situation is slap bang in Classic Rock Territory. It's a cracking album in a genre that I avoid these days because it's littered with lazy derivative boring Blues Rock or  Bon Jovi wannabes.

Aquarium Comedown isn't any of those things. It feels very much like a 70's album, but there are hints of everything, Psych, Prog, Rock and a good bit of Jangle. In The End is like an Americana Blue Mink, yet Green Eyed Lady is all late 60's Kitchen Sink drama.

There are some real hooks in the choruses and tons of variation, but the thing that stands out is the James's stunning Guitar playing. whether that's Acoustic, Jangle or full on Rock, there's a real adept touch here.

It is fair to say that despite all the changes in direction, Aquarium Comedown is at it's best when it Rocks. Great examples of this are Footsteps and the outstanding, Lay Off. We've been laughing at how bad the current Noel Gallagher album is, this is how a Rock album should be approached.

At well over an hour and 16 songs, the album is a little long, you can't grumble at the quality and the urge to get all this great stuff out there. But the album's low key start doesn't really do the rest of the content justice. Maybe, just maybe, the first two songs could have been left off to let Green Eyed Lady open the album in poptastic style. This is a minor quibble.

David Bash and I both agreed that early December Album Of The Year charts are too early. This has arrived later in the year, but has every chance of making my Top 10. It'll certainly be up for best Newcomer too.


Posted by Anything Should Happen at 17:22