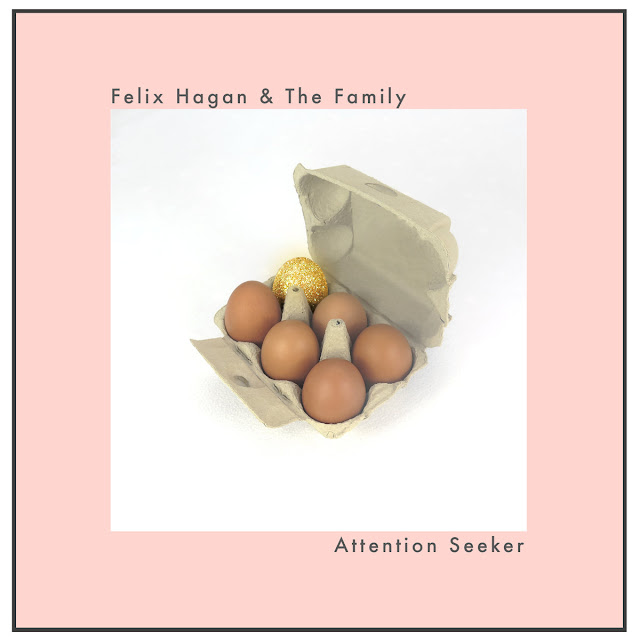 I'm absolutely loving the Felix Hagan And The Family album.  The London Seven Piece have fashioned up a fantastic Pop Rock album. I've seemed them described as Pop Punks and Theatrical Punks. I'd go with the latter if you were comparing to them someone like The Tubes.

I know I get on my soapbox whenever Punk is mentioned, not because I'm not a fan, I am, but so much is lumped into the bracket and as soon as the general public see the word Punk they run for cover. That would be a travesty if that happened to this lot.


This is Theatrical Rock at it's best, there's so much going on, so many ideas, but all of them are kept wrapped in pop hooks and riffs. Think Foxy Shazam, The Killers before they bought a thousand stylophones, The Darkness with more than one trick. In fact the band have far more in common with Deacon Blue than The Sex Pistols.

So I think I'll settle on them being a Deaf School for da kidz. Attention Seeker only comes up for air during the final third, when the songs get slower and then you've got the great Funk Rap of Delirium Tremendous and an anthem to make Brit Poppers cry in Tough To Be A Dreamer.

The opener, Attention Seeker sets the tone of the album when it just burns from something pleasantly melodic to a wall of noise. That just leads you into a melodic noise fest for the first half hour or so. There are wonderful pop hooks, sing along choruses and unexpected noises.

My personal favourite is the splendid Woah There Kimmy, although most of the IDHAS Radio listeners would go for Gene Kelly, which is a Top 10 Single in the making. Dave Bash and I were agreeing that we couldn't see the point in people revealing Best of 2017's at the end of November. If I had I would have missed this, it's certainly up there with anything that I've heard this year.


This is an album that would sell masses if there was any justice in the world. I'm hooked, I can't wait for the follow up.  You can listen to and buy the album here.


Posted by Anything Should Happen at 16:48

Email ThisBlogThis!Share to TwitterShare to FacebookShare to Pinterest
Labels: Felix Hagan And The Family