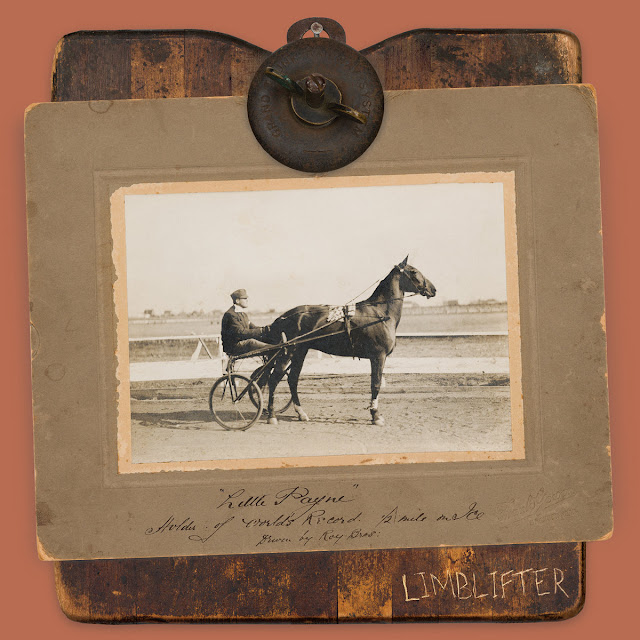 It is to my shame that I am new to Limblifter, despite being a big fan of The Age Of Electric and still more than an admirer of the Mounties album that is still played constantly here. I consider the Heavy Meta title track to be one of the finest songs of the past decade.

So I owe a massive apology to Ryan Dahle and an even bigger thank you to my great friend, John Dunbar for pointing me in the right direction. This being the fifth album, I obviously have a lot to catch up on and will do that imminently, but first Little Payne.

Being down to a duo of Dahle and Megan Bradfield hasn't dulled the creative juices, because this offering is a splendid affair. There is plenty of the straight ahead Guitar Pop to please, but there is even more of the unexpected.

At its heart, Little Payne is somewhere between Indie Pop and Indie Rock, but the twists and turns take on so much more from Modern Pop to Psych. If you are hook driven you will love it, as you will if you are a fan of Muse or The Dowling Poole.

Subtitles is full on Prog, its even a little King Crimson and the wonderful instrumental Proxima Centauri B is a real magpie of styles, the majority of which is Psych. Everything Is Wow an experimental mix of Prog and Electronica, yet Dish is an acoustic strum until the Jazzy ending.

But don't be put off by thinking this is all more on the way out side. Combat Eyes is part Pet Shop Boys, Bottle Tops Off is great Modern Pop with a riff that could be The Police. Up For Walkin' is fine Indie Pop. Impulse Control is top notch Psych Pop. Watch Later List is absolutely epic.

Then there is Haystack Rock which you can hear on the upcoming IDHAS 10 Song Mix which is as poppy as poppy can be. Some may be initially confused by the changes of direction, but if there is a default IDHAS follower, they will fall in love with the album.

If you liked the Heavy Meta album, you'll similarly adore this, if you want catchiness without the repetitive, this is for you. If you are an Indie fan who wants to be surprised, ditto. Little Payne is an album to be listened to in its entirety, not playlisting a track.

Except for Haystack Rock of course, which should be everywhere. One more thing, some of the Guitar work is awesome.

You can listen to and buy the album here. You can find out more about Limblifter here.

Posted by Anything Should Happen at 17:24

Email ThisBlogThis!Share to TwitterShare to FacebookShare to Pinterest
Labels: Limblifter