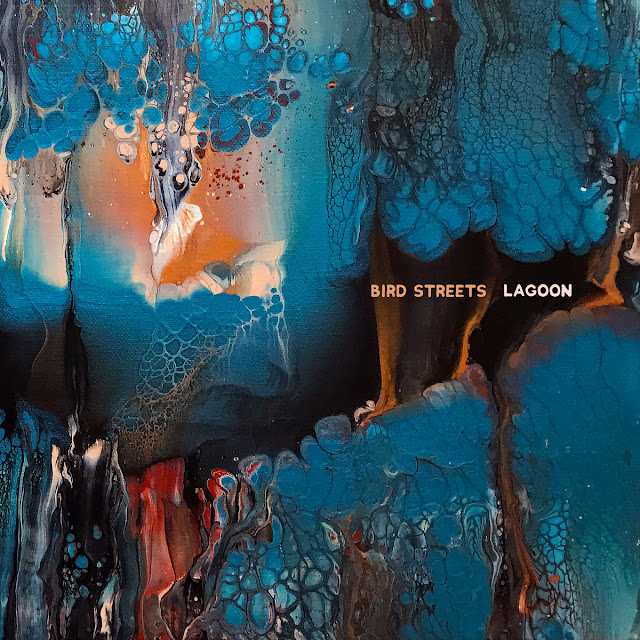 John Brodeur's first album under the Bird Streets name reinforced his reputation as one of the great modern Singer Songwriters. With the aid of Jason Falkner, Brodeur unleashed a beautifully arranged, lyrically adept self titled joy. It was No 2 in IDHAS's Best Albums Of 2018. You can read the review here.

If listeners felt that the first album was autobiographical, well Lagoon is even more sign. The lyrics reveal the effects of a divorce and general soul searching, but this is no misery memoir. The songs are much more buoyant instrumentally and arrangement wise, aided by a great selection of Producers.

The choice of musician guest appearances is wonderful. The likes of Aimee Mann, Jody Stephens, John Davis, Ed Harcourt and Buddy Judge can only improve an album and that they do. Aimee Mann's Bass playing on Unkind is exhilarating. matching a wonderful orchestral arrangement on what is am astounding McCartney Pop affair.

Power Pop lovers will marvel at both Go Free and Machine with the Trio of Superdrag's John Davis, Big Star's Jody Stephens and Brodeur. Recorded at Ardent Studios, these two songs are the highlight of a splendid album, but they are more than supported by the other 10 tracks.

Disappearing Act is a magnificent affair, raiding the music cupboard with a big Brass arrangement and fine keyboard run. It sounds very Stax Soul at times. Leave No Trace is Psychedelic with Sitar on what is a big 70s Pop Rock ballad.

Let You Down has the potential to be an Easy Listening classic and The Document is so melancholic that it may bring tears, slightly Americana with a killer moody chorus. Burnout has a real 80s instrumental feel that makes you look for your leg warmers.

If the two Ardent Studio songs are my two favourites then Sleeper Agent runs them close. Essentially a Piano Pop affair with a big orchestral arrangement with a 70s Glam Guitar breakout. It seems a strange choice as an opener, but is absolutely stunning.

In these days of music seeming to largely be assumed to be worth little cash and reducing something close to a masterpiece to one song on a quickly discarded playlist, we may be able to change things. Because Lagoon is an album that deserves to be heard.

John Brodeur has a voice to die for and seems to have found his natural home in Bird Streets. A wondrous way with words, matched by a melodic know how is enhanced by unusual avenues taken musically. The album harks back to the days of queuing outside record shops for a release. Brodeur should be known as one of the great Singer Songwriters. It's not too late.

You can listen to and buy the album here. You can find out more about John Brodeur and Bird Streets here.