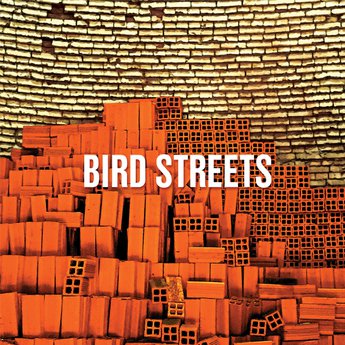 In those halcyon Anything Should Happen Days, the emphasis was on forgotten artists and albums from the previous 20 years, rather than the regular fuss on Rock Excess and Mop Tops from the past. It came to celebrate great Singer Songwriters such as Michael Penn, Matthew Sweet and Jason Falkner. Fast Forward to I Don't Hear A Single. IDHAS's mission was to celebrate the new and under appreciated that had albums out now. John Brodeur was a name that frequently crops up.

So imagine all the excitement when the Bird Streets Telegraph started to buzz. John Brodeur was bringing out a new album with Jason Falkner, Wow! It was being released by Omnivore, a label that carefully selected new albums on quality. Think Chris Price, Cait Brennan etc.

As the release date neared we were treated to a track and Betting On The Sun was everything that I hoped it would be. If this isn't the IDHAS Song Of The Year, it will have been beaten by something truly wonderful.

Brodeur's previous album, Little Hopes, is an outstanding thing of beauty, but it suffered from a lack of promotion and support. His first album as Bird Streets trumps all that has gone before, it's an exceptional listen.

He's always been a great songwriter from the quirky beginnings to now, but Bird Streets reveals a greater experience in what appears to be an almost auto biographic affair. There's a realisation here of what's been gained and lost and it's more about things lost. This isn't a bitter affair, more of a realisation of what went wrong and an acceptance that things are better now.

It's also helps that Brodeur is one of the best lyricists around. "I remember when we were tighter than Steely Dan" being one example. This is where Jason Falkner comes in. The arrangements are tighter here, the glitter and polish more dazzling and the radio friendliness. Considering everything was played by the two, the quality of that playing is admirable.

From the opener, Carry Me with it's Stipe like verse and it's Glam Rock chorus to the closing, Until The Crown which has a chorus that could be John Waite or Kenny Loggins, the album is wall to wall, back to front quality. Direction is Paul Simon-esque in it's storytelling.

Stop To Breathe has an aching riff and it's here you realise how good John Brodeur is at writing choruses, a fault sometimes of Jason Falkner, who is the best verse writer around. Same Dream could be a jaunty TV Sit Com Theme, think Friends Territory. Same Dream is the only time that the lyrical soul searching gets melancholic, again I turn my thoughts to Paul Simon.

What you have here is one of the best albums that you will hear this or any year. Brodeur confirms himself as one of the great songwriters of this generation. The collaboration with Jason Falkner helps reveal that even more. Album Of The Year Material? You bet!

Betting On The Sun is getting a lot of Radio Airplay and rightly so, it's an absolute wonder of a song, I can't easily describe my reaction on first hearing it. It would also be a wise man that delves further into John Brodeur's past. You can listen and buy back catalogue, including Little Hopes, here.


Posted by Anything Should Happen at 22:14