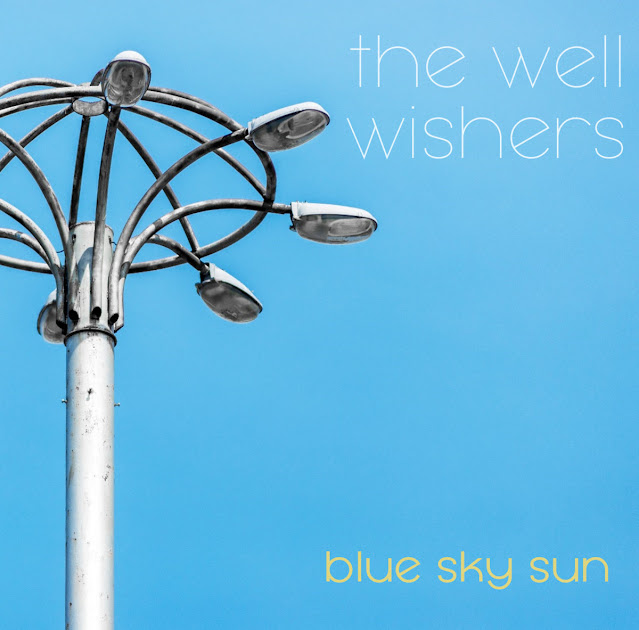 This year has seen a revival of Power Pop from new bands. I suspect that many of the musicians didn't really know what Power Pop is or much about it until they were described as such. They have brought a younger audience with them as well as an appreciation of the more sensible older fans.

There doesn't seem to be the baggage of comparing everything to Badfinger or Big Stir. The icing on the cake is now the return of what you might call masters of the genre, the artists who never needed to up their game, because they were were always at the highest point.

Jeff Shelton has been a massive supporter of the genre and in particular new artists. I do think that IDHAS has moved on from centring on its Power Pop beginnings, but there is still a major focus on Pop Rock and the playlists of Jeff's Power Pop Shows were not a million miles away from here.

This is the 12th album from The Well Wishers and Jeff Shelton is The Well Wishers. The last couple of years have seen Shelton concentrating on his Deadlights Shoegazing alter ego and it is like the return of a comforting friend.

His History doesn't end there. Before the 18 years of The Well Wishers, Shelton was in the magnificent Spinning Jennies, a band that was very close to my heart. The 11 years there, coincided with my early 90s return to the genre and that band were a big part of my rediscovery of joy of the hook.

So you could say that Shelton is a veteran, but this is a musician that has never been stuck in the past, celebrating the new whilst never forgetting the past. Blue Sky Sun is exactly what you might expect from the master, but there are also few crunchier surprises.

If The Well Wishers are Power Pop then so are Cheap Trick and Matthew Sweet and there are comparisons to both here. The former on Idiot Smile and the latter on Who Lost That Feeling which even edges a little towards Psych Pop.

There is a wonderful Jangle on the title track whilst Serenade is great Indie Pop. Radicalized is a much noisier affair, more like College Rock with a killer riff and clear message. Blue Water is a great closer, a piano pop ballad, even a little Gilbert O'Sullivan, with a fine brooding Guitar Solo.

Just Enough is built on a wonderful Riff. If you want a trademark Well Wishers song that is probably, Any Way At All, but Figure It Out Myself trumps that with its chorus which is very UK, maybe even Brit Pop.

Shelton's gentle vocal suits his material perfectly and Blue Sky Sun is more than welcome return. There is a political message here which doesn't detract or take over the album and the pacier numbers have a splendid Indie Rock feel to them.

Email ThisBlogThis!Share to TwitterShare to FacebookShare to Pinterest
Labels: The Well Wishers