There's A Big Stir Going On 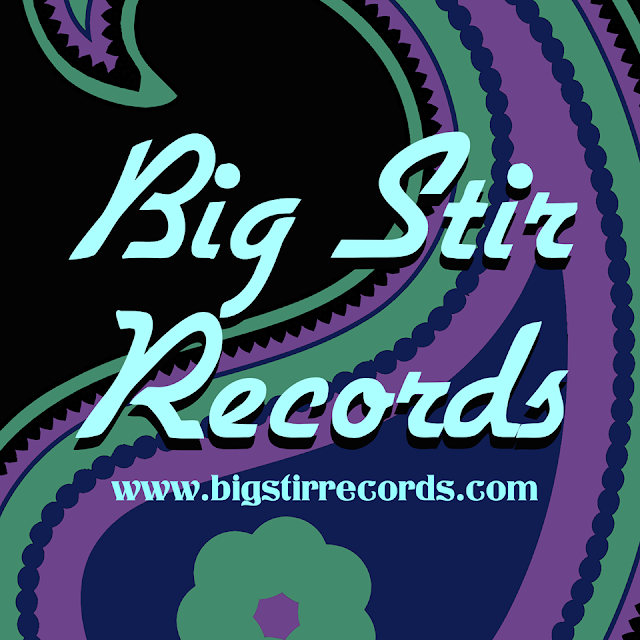 I thought it was about time that I wrote more about Big Stir. There are many kindred spirits around, but the success and growth of Big Stir makes me stand back and applaud the most. The growth of the collective over the past two years has been heart warming to say the least.

Big Stir have also made it a mission to bring the Community together. Issue 3 of The Magazine is about to hit the streets, Rex and Christina host a Weekly Radio Show on Woody Radio and most relevant, they are bringing labels together. The links with both Spyderpop, Futureman Records and Karma Frog are a joy to behold. It's long needed, the scene maybe small, but it is fragmented, that is being addressed with Big Stir at the front of the barricades. 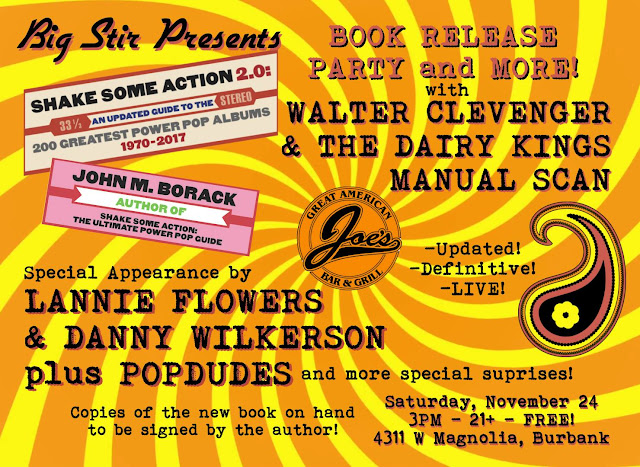 The monthly Showcase continues in Burbank and Croydon with some fantastic names. The likes of Lannie Flowers and Danny Wilkerson were at the recent Burbank show and John Borack spins the Burbank tunes. All of this is happening whilst The Armoires finalise their second release.

I remember in IDHAS's early days, beseeching them to bring their entourage to the UK. I wanted the UK to witness their West Coast Monthly Live Showcase. Come they did, centring a UK Tour around Liverpool's 2017 IPO Festival. As they toured the country, the line ups were incredible. The Stateside Touring Circus consisted of The Armoires, Plasticsoul and Hux And The Hitmen with David Jaggs of The Ragamuffins at Manchester and the UK's finest joined them as the tour rolled on.

Spygenius, The Fast Camels, mylittlebrother, Toxic Melons, Artisam, Charms Against The Evil Eye and Sunshine Bloom joined in with the Fun. The Tour was so successful that a Spin Off UK Arm of Big Stir was started in the South, fronted by the excellent Spygenius. 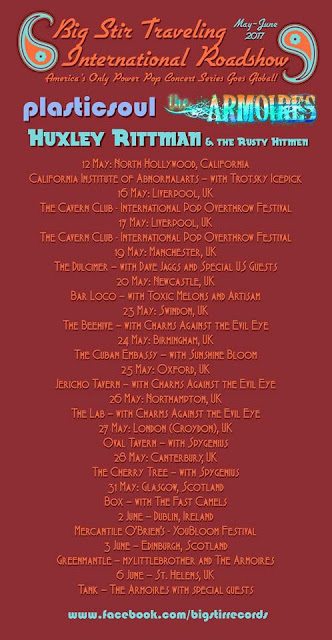 The Big Star Britannia version has already seen the likes of Anton Barbeau, Blake Jones And The Trike Shop, Picturebox and Nick Frater added to the appearance list and there are plans are afoot for further Big Stir expansion in both America and the UK.

There's no let up from the label with new releases planned for Anton Barbeau and also the highly anticipated new album from Kai Danzberg, which has a January Release. In Deed and Leslie Pereira And The Lazy Heroes have also been recently added to the label's roster. As IDHAS expands, you can bet your life that it will have a link to Big Stir.

Rex and Christina, I Salute You!


Posted by Anything Should Happen at 15:46