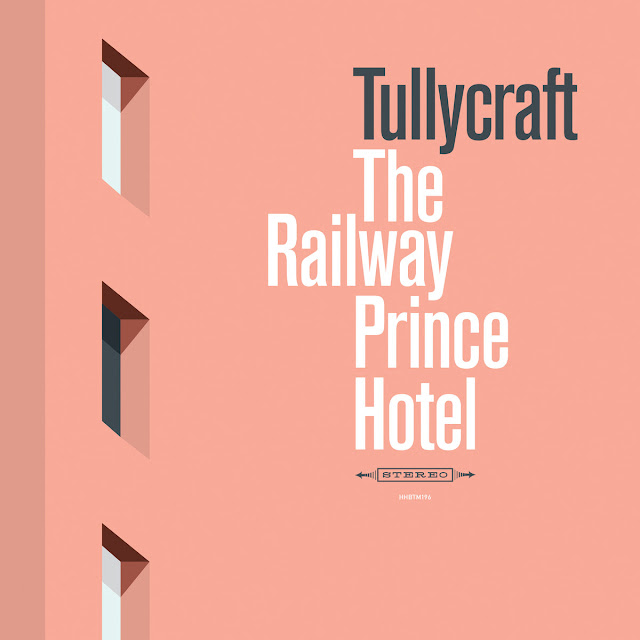 I used to think of Indie Pop as some delightful adventure. A genre that included great melodic left field songs from artists such as The Housemartins, Alisha's Attic, Pet Shop Boys and even my beloved XTC and Sparks.

Nowadays the genre denotes autotuned wailing songs with not a guitar in sight and fifteen songwriters credited to each exploding bassline affair. So I will not label the magnificent Tullycraft with that Indie Pop nonsense, they'd certainly go in my definition of Indie Pop, but let's settle on Twee Pop.


Let's get this clear from the start, The Railway Prince Hotel is a wonderfully inventive affair, one of the best things that you'll hear this year and you won't hear anything else much like it. Song titles out of the A-Z Half Man Half Biscuit Song Title Book. But there is melody and great strong structure in these quirky titles, something HMHB haven't mastered.

Tullycraft have been around for a long while now, they are well into their third decade and the line up changes and production have developed the band into the great pop affair that is offered here. The album is a revelation and the dual vocals of Sean Toleffson and Jenny Mears work beautifully.

There are hints of The Housemartins here musically and B52's in the band's format, but I think more of the likes of The Sugarplastic when I hear this joyous affair. Any one of these 12 songs will get your feet tapping in accompaniment, but there are some stand outs.

The ska like Midi Midinette and the wonderful joint vocals on Passing Observations are a joy to listen too. There's even a Paradise By The Dashboard Light ending to Ginger And The Gingerbreads. Factor in song titles like We Couldn't Dance To Billy Joel  and you know that you are in for a treat.


You can listen to and buy the album here. You really should you know.

Email ThisBlogThis!Share to TwitterShare to FacebookShare to Pinterest
Labels: Tullycraft