Dee Rangers - All You Need Tonight 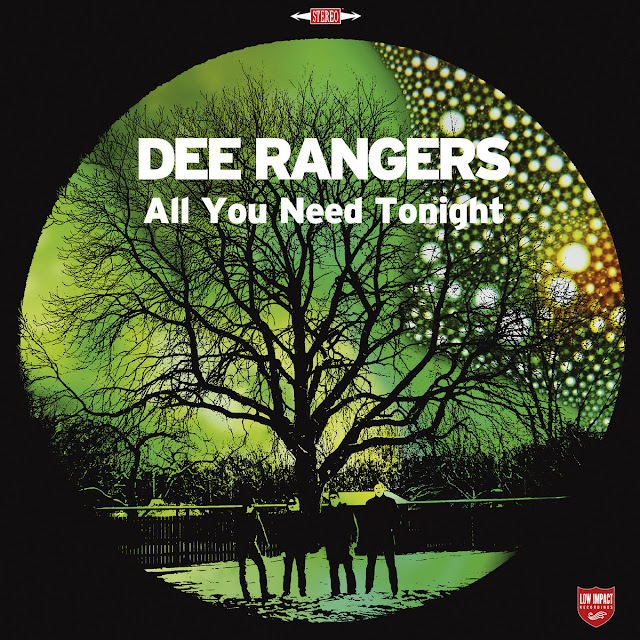 All You Need Tonight is Stockholm's excellent quartet Dee Rangers's seventh album. Whilst residing largely somewhere in the 60's, there's a fine canvas here that shows how versatile the band are. The band are really good at what they do.

Per Nystrom's vocals sit along side Lee Mavers and Dave McCabe, indeed there is a real Scouse late 80's / early 90's vibe. Having said that though, there is far more grit here, down and dirty if you like. You can imagine the band being a real live drawer and a revelation in some tight club gig.


There's less Garage Rock here than on previous albums. hints of Power Pop, oodles of Mod Pop and a sort of Groovy Austin Powers 1967 vibe, particularly on the storming instrumental, Powerslam VI, which you'll hear on an upcoming Radio Show.

There's some great riffs and choruses on Pop numbers such as I'm Your Fool and the Jangle of I Want A Girl Like You.Kisses Sweeter Than Wine is pure UK New Wave and Older Guys is a very McCartney Beatles Rocker. Patchouli is great noisy Psych Pop.


All You Need Tonight is a beautifully produced stomper and deserves a place on your Album Shelve. You can listen to the album and buy it here. You can also buy the limited Vinyl format there and this album is particularly suited to the 12 Inch offering.


Posted by Anything Should Happen at 13:54