Hux And The Hitmen - Soggy Oxygen 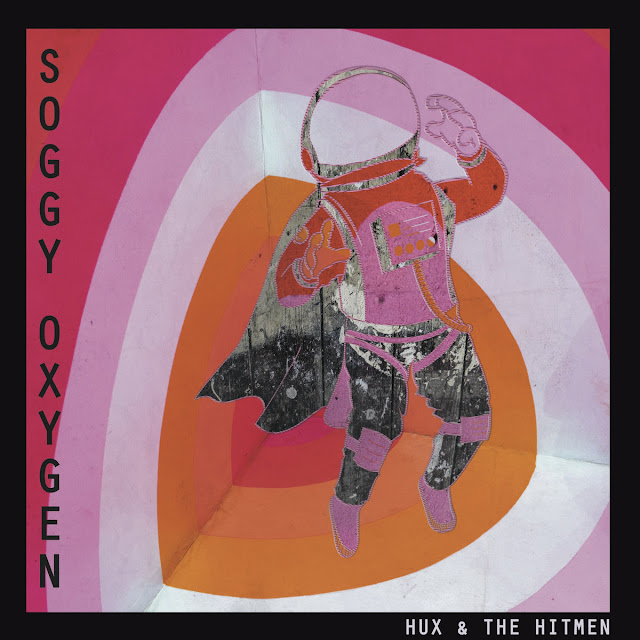 One of the weaknesses of IDHAS is it's coverage of EP's. Albums are well covered here and Singles by the Radio Extravaganza, but EP's less so. You'll see that remedied here later today, but I digress. Soggy Oxygen was going to be covered in this upcoming EP Section, but the debate over how many songs is an EP and the strength of the offering means that this mini album should be held back no longer.

I first came across Hux And The Hitmen at IPO Liverpool in 2017. I'd really gone to meet up with the Big Stir crowd. Having mithered them to visit these shores and considering myself a honourary member of the collective, I was excited to see The Armoires, Spygenius and particularly, Plasticsoul.


Hux And The Hitmen were part of the Big Stir UK Tour, but to be honest, before IPO, I hadn't paid them much attention despite how great Rex Broome kept telling me they were. I arrived at The Cavern Pub just before the band were going on and I was just gobsmacked at what a live act they were. Despite all the delights that were at that year's IPO, this quartet were the best thing that I heard.

Now relocated to Nashville, this 25 minute six song offering showcases what the  foursome are all about. Although Soggy Oxygen is a little bit more restrained than they were live, it's a cracking listen. In fact far more than that, it's a corker.


Stay With Me is present here and this still remains their best song according to my ears. it should be celebrated alone, but what surrounds it is just as intriguing. The opener and lead song, Go Figure is a meandering masterpiece. It revs up into a noisy exploding guitar solo. Spooks is a Psych Pop wonder, showcasing Hux Rittman's vocal.

The other three songs are much quieter, Sherry has a haunting keyboard riff, almost space age. Goodnight a moody affair and live favourite Can't Talk To Anyone is like one of those Brit Pop album closers.

Soggy Oxygen is a truly admirable debut. I look forward to the next chapter. You can listen to and buy the album here. You can also find out more about Hux And The Hitmen at their website here.

Email ThisBlogThis!Share to TwitterShare to FacebookShare to Pinterest
Labels: Huxley Rittman And The Rusty Hitmen