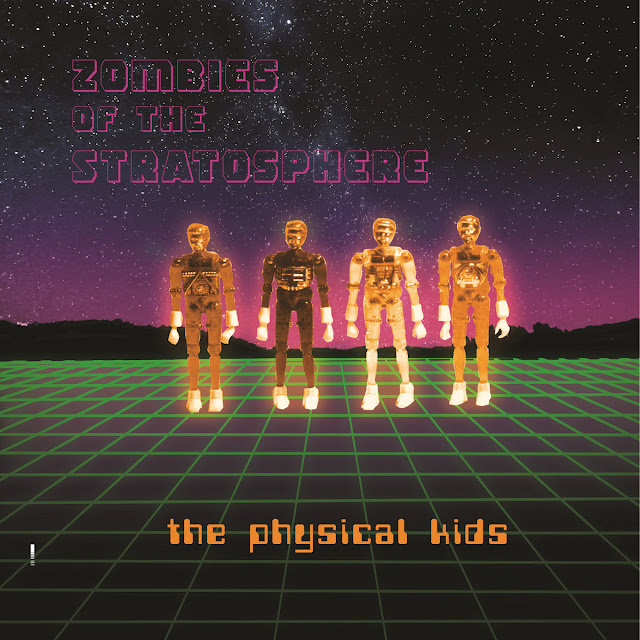 Zombies Of The Stratosphere's fourth album is as great as you'd expect. New York duo, Jeff Hoffman and Arthur Smith excel in Pop Rock Territory. They tell you that their Record Collections are great and who is anyone to argue on hearing this.

The Physical Kids encompasses all that is great from the 60's to the 80's. Nite Wok is wonderfully meandering, A Minor Glam Rock, Winterman, 70's So Cal. All 12 songs are Easy Listening, built on great riffs and memorable choruses. An absolute joy to listen to. 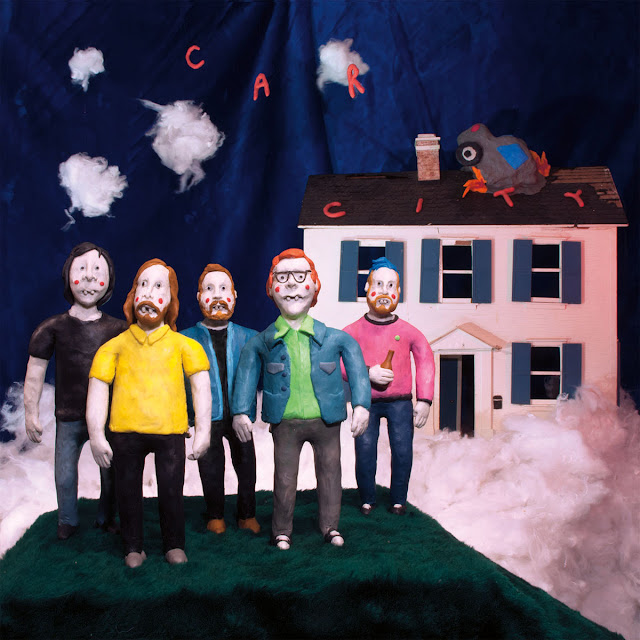 These songs could hail from late Eighties Glasgow or late Seventies New Wave. The jingle is ace and the songs are so damn catchy. Hangman could be from the Liverpool Brit Pop revival. (Don't) Give Up On Love is Merseybeat in spirit. Challenger comes over all Psych Folk and Soul Jam is like Michael Stipe fronting The Searchers.

You can listen and buy the album from the band's bandcamp page, tagged earlier here. You can also buy the album on vinyl, a format it deserves, here. 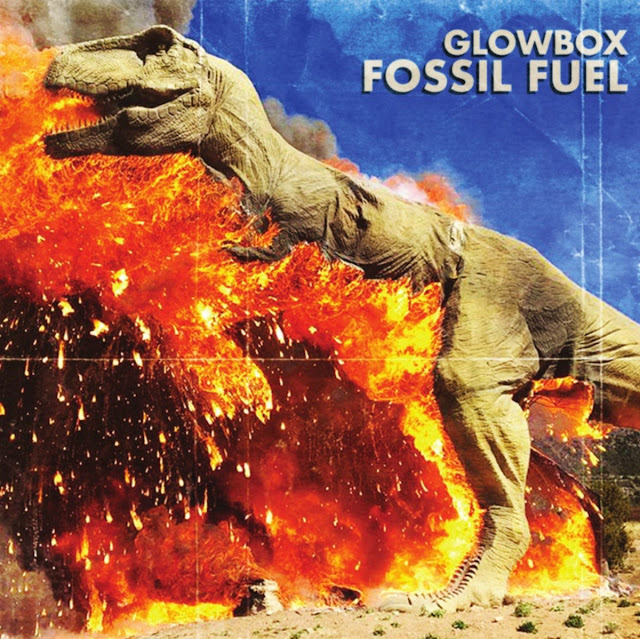 Boston quartet, Glowbox, offer up their second album. It travels through Power Pop, Prog and Psych Pop although it's base is very much Classic Rock. Fossil Fuel is a wonderfully rounded album, beautifully produced and ready for all your Air Guitar moments.

From the AOR of No Connection, through the Psych Pop of Moonstone and the Light Prog of The Decoy, there is just no let up. Rolling It Over is Pure Mod Pop, Home Movies has a Cheap Trick jangle. What Did You Get Done Today reminds me a lot of Vegas With Randolph. Anodyne borders on Heavy Metal and what a Guitar Solo!

This is an album that should be listened to loud with a beer in your hand. It sounds like a Classic already. 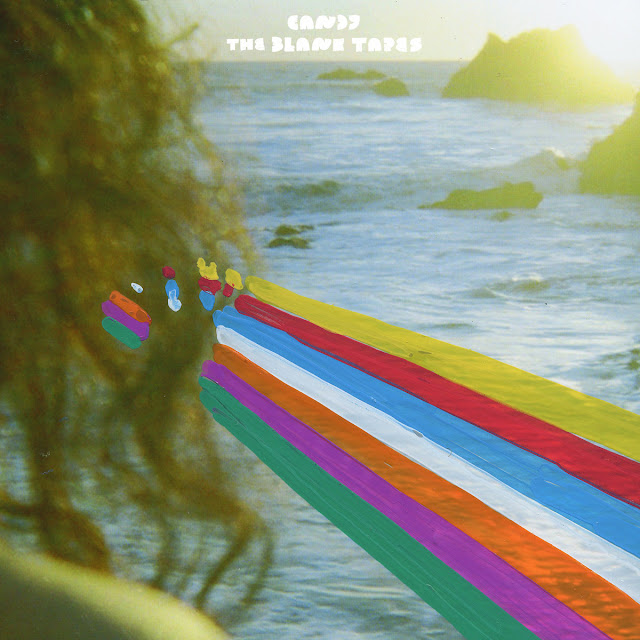 Matt Adams's The Blank Tapes have been around for a while now, but that hasn't stopped the Los Angeles' outfit from getting better and better. Candy is a splendid laid back affair from a band that sounds like it should contain Brent Rademaker. At times you can hear that West Coast influence, particularly on the title track, but it's a different West Coast comparison that strikes me. At the times, they sound very 90's Liverpool.

The band is never in one place too long though. You have the Blues of Everything Will Fall Into Place, Thinking About You is The La's brand of Merseybeat, Last Night is pure schmooze. It's In My Mind and She's Your Baby are Brit Pop shuffles, whilst Other Places is Psych Pop of the highest order.

The Blank Tapes have fashioned up an inspired calmness here and at the same time added to their growing reputation. 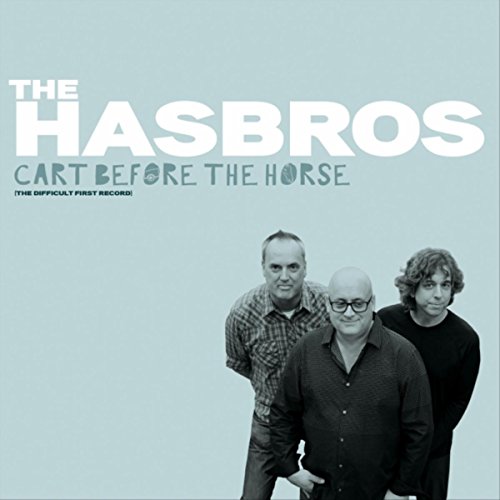 New York City Trio, The Hasbros reformed to finally record their debut album. It appears 26 years after they split up and it's a great listen. Beautifully played, it's very IRS, think Husker Du and the melodic side of that US Post Punk early 80's period.

However, the band shouldn't be pigeonholed, they reel off that angsty period well and chirpily, but they could equally be compared to Late 70's UK New Wave and Mod Pop and there's even many hints of Power Pop.

There's plenty of variation, from the angry yowl of Nothing At All to a Police like intro on For The Best which is an absolute gem, pure Pop and the all encompassing, Kenny that rocks like a good 'un. The band have even tagged on four songs from their earlier recordings, almost three decades before.

Email ThisBlogThis!Share to TwitterShare to FacebookShare to Pinterest
Labels: Car City, Five Albums That You Should Own, Glowbox, The Blank Tapes, The Hasbros, Zombies Of The Stratosphere