39th And The Nortons - Mourning Waltz 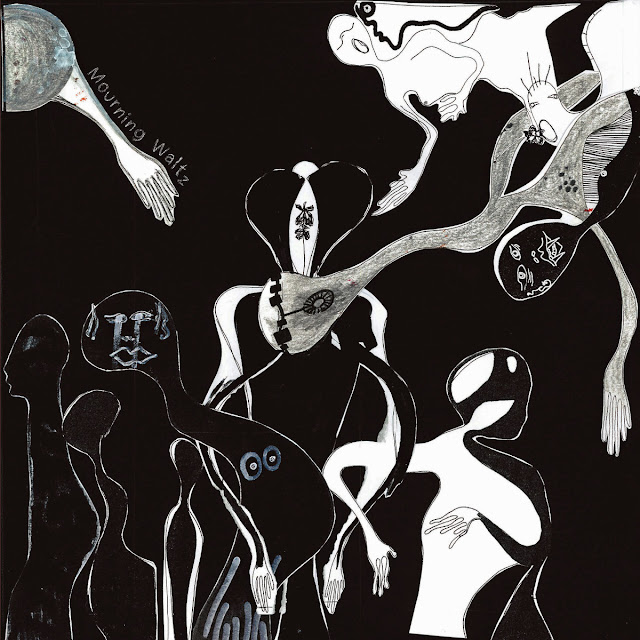 39th And The Nortons' third album is a revelation. Nick Wheeldon's Parisien five piece have fulfilled what the second album, The Dreamers, threatened. I've loved the band since the 2012 debut, which was largely a Wheeldon solo affair. On Trial was a fine debut, particularly considering his background was Garage Rock, although it bordered on Psych.

The Dreamers came after two albums from his noisy Os Noctambulos amd it marked an expansion of 39th And The Norton's base. They'd become a proper group and it showed. The songs had greater depth, the vocals were more upfront and it promised much,


That promise has been fully realised with this outstanding offering. I suppose you'd class them as Psych Folk, but they really are far more than that. The Psych is there for all to hear, but this is a much poppier Psych. Yes, the Organ is bursting to get out, but it's held back by the sheer quality of the songs.

At times I'm reminded of The Coral on the likes of Walking Slowly and Orchid Flower, the latter being a cracking slice of Psych Pop. Oh Gene is countrified, a splendid strum with a haunting Farfisa backdrop and a crashing twanging guitar finale.


White Light is Bolanesque in it's Tyrannosaurus Rex feel and closer, Golden Yesterday, has a laid back vibe that is almost Glasgow 1986 until it ends with a psych drift. It is the epic 21.01 that beats all around it. It's a sort of mix of The Stones, Nick Cave and The Verve which includes a Sitar solo. Think Peaky Blinders Soundtrack.


Morning Waltz is a corker of an album. Ten Songs that come from unexpected angles, one of the better things from 2018.


You can listen to and buy the album here. It's at Name Your Price, but please give what you can. The album is worth so much more than Free.


Posted by Anything Should Happen at 14:54

Email ThisBlogThis!Share to TwitterShare to FacebookShare to Pinterest
Labels: 39th And The Nortons