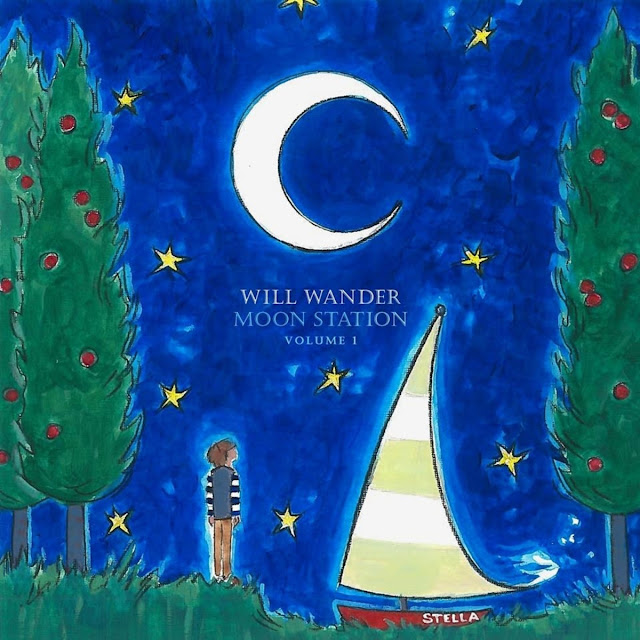 I'm currently tidying up 2018 before releasing the Best Of Celebrations. I release my list in mid January, simply because there are always late releases or things that come to your attention right up to the deadline. Plus, featuring a 2018 album in the Best Of 2019 misses the point. One such example is here.

Will Wander is the poptastic name of Nashville's Patrick Goudeau. It's rare for a late in album to feature highly in the Year End list, but this will. I'm also able to do at least one comparison that I would normally file away in the House Of Lazy Music Journalism. I spend my days listening to things that are described as the new Big Star, Jellyfish or XTC.


Well, damn it, the first half of Moon Station sounds so Andy Partridge. Bear in mind that Will Wander is 21 and has written and recorded both this and the as yet unreleased, Volume 2, over the past two years. The lad is after the Paul Steel Moon Rock mantle.

Moon Station Volume 1 has it's roots in gentle Psych Pop. Think Keith West or Mark Wirtz. There's a real second half of the 60's feel. But this is no pastiche, there is an incredible depth and originality withing these 10 songs. Listening back, it will be the fastest 29 minutes of your life and the wonderful opener, Small Adventure, will be playing again right after.


Now listen to Green Genevieve and tell me that I'm not going mad and that you can hear how Andy Partridge it sounds. Thanks! Fisherman King is so Toybox it's untrue, what a great song! Find A Poem In Everything is a Teenage Opera.

Moon Station Volume 1 is acoustic led with sounds chipping in from everywhere. Lyrically it's outstanding. Apparently, they call this Adventure Pop, well so be it. It's very Flaming Lips do Pop, it's outstanding. I repeat. THIS LAD IS 21.


You can listen to and buy the album here. You can gather how relevant this album will be on Vinyl. You can preorder that here.


Posted by Anything Should Happen at 19:09

Email ThisBlogThis!Share to TwitterShare to FacebookShare to Pinterest
Labels: Will Wander