Message From The Country 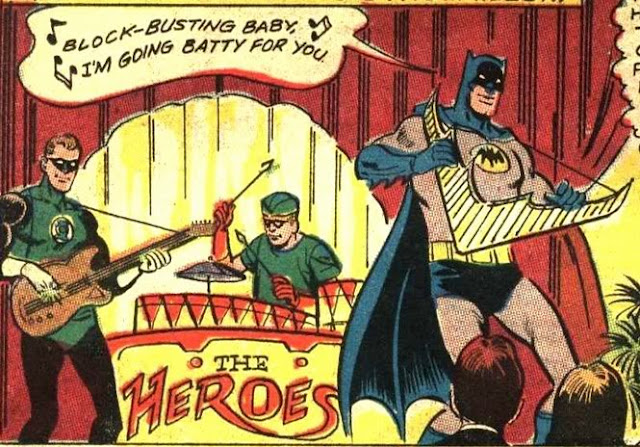 It's interesting that a Facebook post of mine about Teenage Fanclub has generated so much email and so many comments. Heartening, because I am a TFC fan boy, but it's also generated a couple of similar questions from people that I'm happy to answer.

The main one was why don't I write more about established albums / re-releases. The answer is that I do a bit, some for outside of IDHAS and the odd one for here. I know that when I post about something that is re-released, it can get up to 5,000 views, when the albums that I generally write about get around 500 views. But for me it's not a numbers game. I'm not that interested in likes or hits, I get far more enjoyment when someone tells me that they read a review on a new artist and went and bought the album.

In the Anything Should Happen days, I wrote mainly about lost or underappreciated albums and artists. I made a lot of close friends. As albums are reissued, it might make sense to revisit them, but there is so much good new music around, that I'd rather concentrate on them and get more enjoyment from 500 people reading about someone they may not have heard than 5,000 reading about an album that they already own. I don't really want to preach to the converted.


It doesn't mean that these great artists from the past get ignored. If they have a new album out, I'll try and cover it or find someone for them that will.

Secondly, it's been mentioned that I haven't posted on here as much over the past few months. The reason is simple, in that I Don't Hear A Single is expanding into a much bigger real life thing and it's all been meeting, calls and emails. The excitement is getting nearer, but it's not as close as it should be, almost six months later, This has also delayed the start of the new talky radio show. There are plenty of reviews to come and I'll get them up in the next days and weeks.

Finally, a few have been asking about the End Of Year Best Of. I did one for the first time last year and promised to do one again. It'll be posted on the last day of the month after I've locked myself away for the day. I haven't decided how to post it yet. It'll either be a straight list with links to the artists or in a countdown with me writing a bit about each album.

I've always named an Album Of The Year for the past three decades as a stand alone. You'll have to wait for the Best Of to find out 2018's. However, I can tell you that to people that I talk to regularly, it will be no surprise and it's an album that I've listened to constantly since it's mid 2018 release. I suspect the artist/s will know too, because I've told them how great it is often enough.

Posted by Anything Should Happen at 23:13