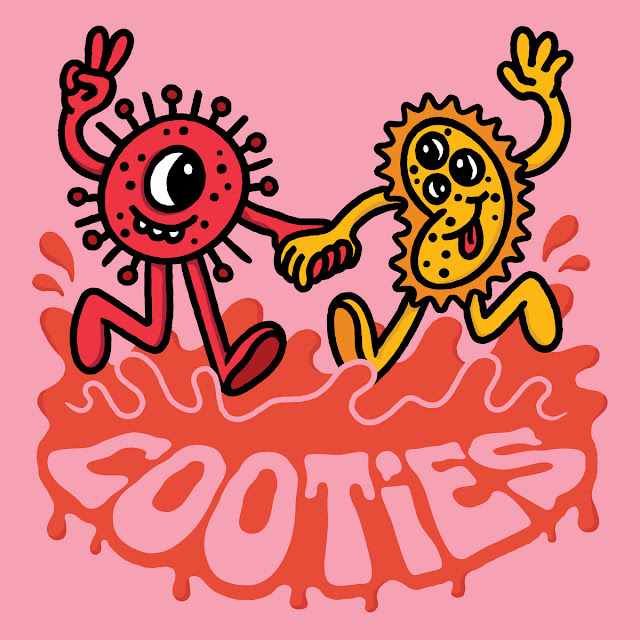 Brisbane's Bugs return for their third album and this is the biggest sounding offering yet. A lot of criticism is written about Power Pop, plenty by me, but there is no better thing when a band gets it right. Bugs are a trio who are right on key, although I suspect they have rarely, if ever, considered themselves as Power Pop. The genre really does need youth though and here it is.

There is also plenty here for those who like the melodic side of Pop Punk and also Indie Guitar Pop fans will find much to enjoy. These are songs delivered loudly and at pace with just a two song slowdown in the middle. I'd love to hear this lot live.

The trio are at their best when they are straight ahead, Old Youth Feeling and Bridge being the best examples. But a song like Diamond is wonderfully anthemic, very Australian and more than a little Pop Punk. In The Middle even gets a little Rap Rock.

Coming To Me gets all College Indie Grunge without ever losing sight of the chorus. Alone Again is one of the slower numbers still has a great chorus. Decisions, Commitments & Plans is a little mawkish on the verses but cannot resist breaking out.

Cooties is a real up and at 'em album, splendidly so. There is nothing complicated in what the band do, but it is done so well on a what is a fine production. This Big Sound brings out the best in what they do in that they are not trying to educate you, they just want to get your limbs moving.

Bugs certainly deserve to break out from Australia into Europe and more relevantly the States. I suspect it is gonna take the writers such as I and the Radio guys to get the word out, so over to them. It is a long time since I've been reactivated to great Power Pop, well done Bugs! Cooties is top notch.

Posted by Anything Should Happen at 17:56

Email ThisBlogThis!Share to TwitterShare to FacebookShare to Pinterest
Labels: Bugs