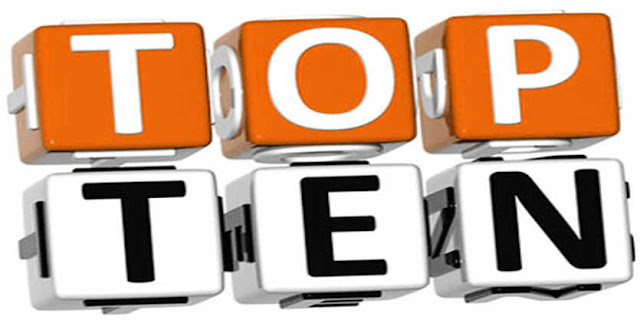 Here's the Top 10 and nearly the end of looking back. Over the weekend there'll be a special award post and maybe even the spoof awards that were mentioned.

Chris Price is the deserved Number 1. The other nine in any other year would be winners.

The original reviews are linked. I've also added a few extra words about each, explaining briefly why I chose them.

Chris Price's 2012 album, Homesick, is one of the great lost albums. Five Years later, he's achieved the impossible and bettered it. A masterclass in Pop Rock writing and playing.

The Sunset Strip could so easily have been number one. I've loved it from the day I heard it. The follow up is being recorded as we speak and I would hope that the breakthrough comes this year. A Squeeze for this generation or perhaps more apt, bearing in mind the band's roots, this year's Aztec  Camera.

The band that have created the most hoo hah this year. At one stage it seemed everyone wanted to know about them. I've been fortunate enough to hear a lot of what will be this year's album. It should blow most out of the water.

I'm loathe to say a return to form, but SSS would easily fit in with the magnificent first three solo albums. Very much a Merseybeast II, it rocks when it should, the McNabb choruses are in full flow. He confirms his reputation as one of the great Scouse songwriters.

As original as ever, but Hippotamus is the closest Sparks have been to those definitive Island Years for a long time. They've moved far away from the early years, but here they bring what they've developed since to enhance what they started out as. Ron Mael is one of the finest lyricists around.

There's always been real quality control to what Steve Eggers brings to the public. But the addition of Bill Majoros has taken The Nines to an even higher level. Slanted more towards Jeff Lynne than Andy Partridge these days, but this is great melodic pop.


07 Mothboxer - The Secret Art Of Saying Nothing   REVIEW

Mothboxer are similar to Spygenius in the quality of what they do. I do wish Dave Ody would push himself forward more. Mothboxer have a back catalogue to die for and this latest album could be the best ever. Add them to the "I have no idea why they are not more famous" list.

There is some fantastic Scandinavian Pop around at present. These young Danes are about the best of it. Imagine a young Crowded House. Very much like The Sunset Spirit , I'd expect 2018 to be the breakthrough year with their highly anticipated follow up.

It's like he's never been away. Woodland Echoes is a delightful pastoral album that breaks out unexpectedly into the Jangle Pop he's noted for. This was one of the 2017 albums that I eagerly anticipated. It didn't disappoint, quite the reverse.

Anyone who can out Matthew Sweet, Matthew Sweet deserves to be heard. Limitations Of Source Tape is a fine album. Soaring melodies, beautifully arranged with choruses to get your vocal chords moving.


Posted by Anything Should Happen at 20:34

Email ThisBlogThis!Share to TwitterShare to FacebookShare to Pinterest
Labels: Best of 2017