Nick's Albums Of The Year 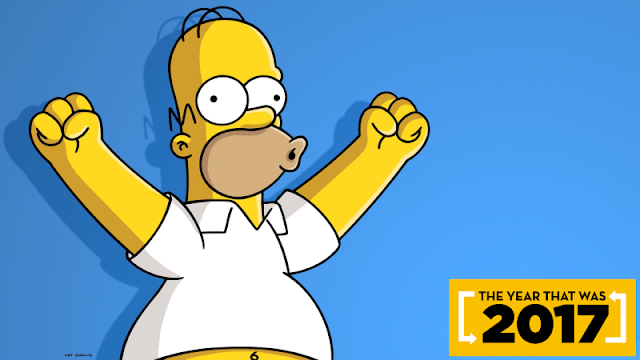 I'm always slow to kick of January. This is largely because the first half of the month is always awash with Best Of The Previous Year lists and so ends up with people searching backward rather than the forward I prefer.

I can tell you that 2017 was one of the better years for the music that we like and knowing what's coming, 2018 promises to be exceptional. So as I don't feel out of kilter, here's Nick's Best 15 albums of 2017. It's also heartening to look at other writer's lists and see that we haven't missed much.

I've mentioned previously that Nick Fletcher is essential to what has become a surprisingly popular Blog. We talk about the new a lot and get excited when we hear something that we haven't heard before.

For every gem that I come up with, Nick responds with another. Our tastes sort of meet in the middle. He's into Country, Americana and AOR and I'm Psych and Prog, but the Pop and Rock middle ground is where we collide and you see the benefit's here.

Nick now lives in Sweden and so whilst I am left battling with the frustrations of shouting loudly in an empty UK room, he's busy chasing Elks. So here you have Nick's 15 Best Albums of 2017. The list is alphabetical, not position related. So any of these albums is the winner.

The Mono LPs – States Of Decay

The Sunset Spirit – From The Top

Posted by Anything Should Happen at 14:29

Email ThisBlogThis!Share to TwitterShare to FacebookShare to Pinterest
Labels: Album Of The Year