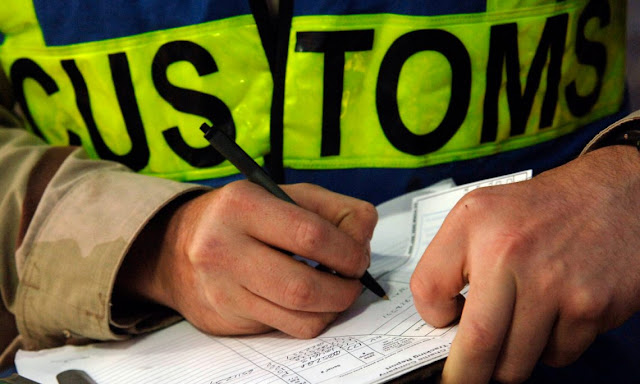 I distribute CDs from the UK. I took this on as a service. It was intended to be Non Profit, but it is really loss making. This decision was a reaction to postal hikes in the USA initially. Postal charges of over 14 dollars per CD had made a once healthy import market decline to little.

The aim was to aid musicians, it was never gonna be about money and never would be. It also provided opportunities to distribute albums for Promotion for a few US labels. It has worked fairly well, despite the obvious problems and delays due to Covid.

The UK music scene has become tumbleweed. It is so London centric that the rest of the country has is now so regional. There are great labels but their reach has become so restricted. The one bright spot was Europe as the likes of Australia and Japan had become as expensive and problematic as the States.

Europe was going great. There was amazing growth in the likes of France and Sweden, then Brexit happened. We were told that Trade between the UK and Europe would be as is and as with virtually all of the Brexit supposed benefits, this was a lie.

Firstly we had the UK Government making Customs and VAT changes. They abolished the zero VAT on items under £15 and so at a stroke added 20% to the price of a CD. They also insisted on Customs labels that mean each receiving country now adds local taxes also.

Then the Royal Mail decided to whack up postal costs by a double digit percentage with a January Price Increase that wasn't due until April and was certainly not expected to be so high. Many couriers have put deliveries on hold to Europe because of delays and unexpected customs charges.

So much for Goods out, but goods in are also beset by major problems. European labels have to charge VAT at the point of despatch. Those that didn't found product being returned because receivers wouldn't pay the excess charges. For instance a £10 CD would have the customer paying £2 VAT and an £8 Admin Charge before receipt.

Now the CD manufacturers have also been hit as European couriers will not deliver to the UK because they have to pay an upfront charge of 20% and Import Duties in case they are not paid by the sender. They also have to cope with major delays at Customs.

This is only CD, imagine the cost increases with Vinyl which already is more expensive to send due to the size and price of protective packaging. The higher the price, the more the VAT.

Much is made of streaming killing music and physical sales have accordingly decreased dramatically, but what little that is left is being chipped away at. Voices that try to save CD and Vinyl sales are to be admired, but the external non music conditions make this harder and harder.

Also for those that state that CD is dying, it isn't by as much as stated. Vinyl Sales have certainly not overtaken CD. They may have done so in £ value, but most vinyl is at least twice the price of the CD, unit wise CDs still far outstrip Vinyl.

Posted by Anything Should Happen at 13:01

Email ThisBlogThis!Share to TwitterShare to FacebookShare to Pinterest
Labels: Brexit