Davey Lane - Don't Bank Your Heart On It 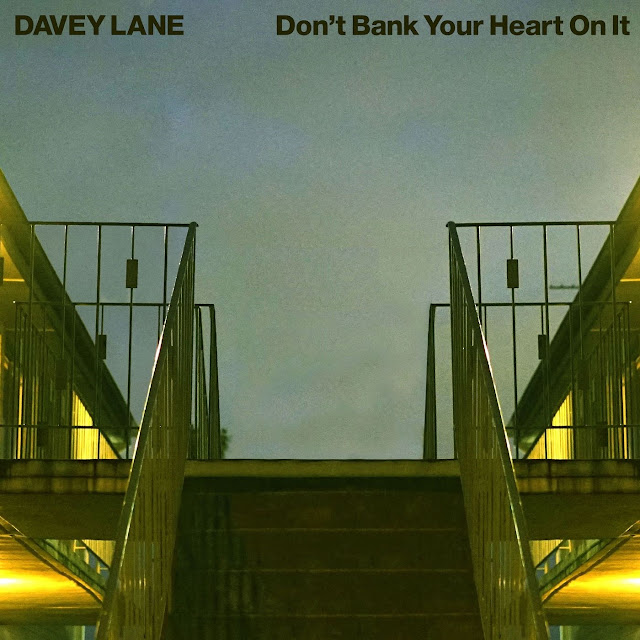 Davey Lane's third solo album is an absolute monster. The easiest thing that you can draw is that he is now a solo star, no longer introduced as the You Am I guitarist, but as singer songwriter, Davey Lane. He's also gathered friends and musical allies to add to the variety and what a wide array of genres there are here.
2017's I'm Gonna Burn Out Bright revealed all the signs of Lane's talent. You can read the IDHAS Review here. Don't Bank Your Heart On It nails the message to every door. This is the album that he threatened to make, it is absolutely priceless.
This is a Rock album, but it takes many different paths. Although made by an Australian, it feels very British. Some may call it Brit Pop, but that would be unfair, because it is far more than that. At times it feels more like a History Of Rock, yet remains incredibly commercial at its heart.
The collaborators help give it that impression. The likes of Todd Rundgren, Tommy Stinson, Robyn Hitchcock, Jimmy Barnes and Stu Mackenzie partly reveal the variation present, but that doesn't mean that there is any naval gazing. The songs say what they wanna say and move on. There is no excess. 13 songs in 40 minutes.

So where do you start to describe the songs? The best way is not to and let listeners discover them for themselves. I've gone partly down this route by embedding no songs, encouraging you to hopefully listen. There is something here for everyone, but as a whole, the album is a top notch listen.

The Garage Rock of I'll Set U Free, the rock and roll singalong that is Affection's Walkin' The Wire and the call and response of Don't Bank Your Heart On it are just three examples of the direction hopping. Then there is the sleazy Glam of Gotcha Money On Yr Mind, the big anthemic rock of Never Coming Back Again, which is in The Motors territory and the wonderful Orgone Box like Psych Pop of Some Other Wonder.

The more straight ahead songs complement the adventure rather than leading it. There also has to be a special mention for the wonderful, Todd Rundgren aided, Acceptance which is really dancey with a killer chorus. There really is so much to enjoy here. This is an album that deserves repeated listens for decades to come.

Don't Bank Your Heart On It can be bought everywhere and it should be owned. It is on all the streaming sites for a listen if my words don't convince you. You can follow links from here.

Posted by Anything Should Happen at 17:36