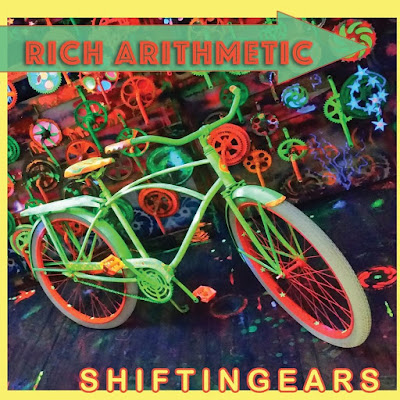 NEW RELEASE ON THE KOOL KAT LABEL – AVAILABLE JANUARY 29 – ACCEPTING ORDERS NOW!  Rich Arithmetic are back after a prolonged absence with “Shiftingears”, an album that expands on the pop promises he made on 1995’s “Sleep In A Wigwam”.  If you’re looking for catchy guitar riffs, you’ll find ‘em here. Looking for interweaving harmonies? They abound here.  Melodies that don’t stop when the music’s over?  Want something to challenge a few indie-pop assumptions while still adhering to melody-first expectations? They’re all here, in spades!  TAKE ADVANTAGE OF OUR EXCLUSIVE 2-FER OFFER!  GET THIS AND RICH’S CD “SLEEP IN A WIGWAM” FOR ONLY $20!  IF PAYING MY PAYPAL, YOU WILL BE REFUNDED ACCORDINGLY.  IF PAYING BY CREDIT CARD, YOUR CARD WILL BE CHARGED THE 2-FER PRICE. 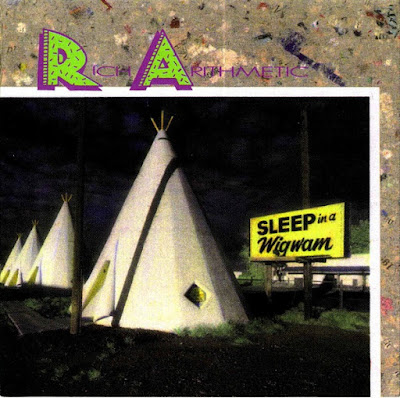 1995’s “Sleep In A Wigwam” is the album that introduced Rich Arithmetic’s uniquely sly approach to guitars-and-harmony indie pop.  It’s an album that the then Bible of Power Pop, Audities Magazine, listed in its Top Ten Power Pop Releases of 1995, and that Germany’s Hartbeat Magazine listed as one of its “Top 100 Power Pop Albums of All Time   TAKE ADVANTAGE OF OUR EXCLUSIVE 2-FER OFFER!  GET THIS AND RICH’S NEW CD “SHIFTINGEARS” FOR ONLY $20!  IF PAYING MY PAYPAL, YOU WILL BE REFUNDED ACCORDINGLY.  IF PAYING BY CREDIT CARD, YOUR CARD WILL BE CHARGED THE 2-FER PRICE. 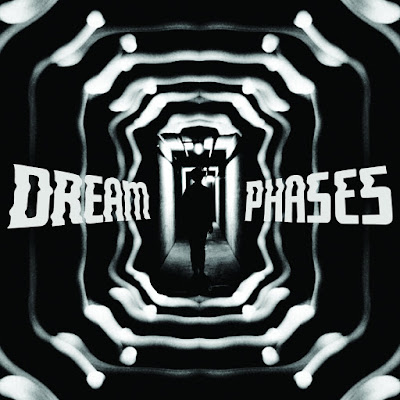 After Brandon Graham’s band Nacosta split, he hung around with other LA Psych bands, and continued to write songs.  In 2016, he decided he needed an outlet for the shoeboxes full of songs he’d recorded in his bedroom over the years. Together with brother Shane, he formed Dream Phases.  What began as a bedroom project evolved into what it is today – a full-blown psychedelic rock quintet.  After releasing EPs and singles over the years, “So Long, Yesterday” marks their debut full-length, one filled with accessible psych rock that has indie pathos and trippy excursions. 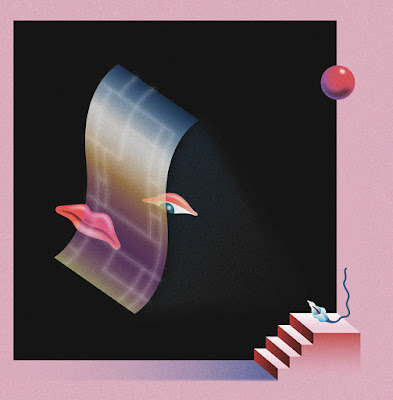 Have to admit, Secret Colours fell off our radar for a few years since we featured their early releases.  But, we’re fixing that right now!  On 2017’s “Dream Dream”, the band continued to craft a sound that reaches far beyond the city limits of their hometown of Chicago, IL.  The record relishes on the current level of the demand on society to rely on their screens, devices, and multi-media influence, taking its musical cues from indie, pop, psychedelia, and garage rock, captivating listeners through a myriad of melodies that make up their signature sound.    TAKE ADVANTAGE OF OUR EXCLUSIVE 2-FER OFFER!  GET THIS AND THEIR “EP 3”CD FOR ONLY $17!  IF PAYING MY PAYPAL, YOU WILL BE REFUNDED ACCORDINGLY.  IF PAYING BY CREDIT CARD, YOUR CARD WILL BE CHARGED THE 2-FER PRICE. 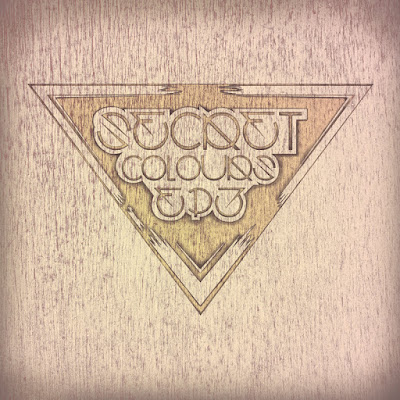 In 2011, the band released the 5-song “EP3” that includes a very cool cover of The Kinks’ “Sunny Afternoon”!  “They blend their hallucinogenic sound with traditional pop hooks, inviting a broader spectrum of listeners to their music outside of high-brow psych-rock aficionados; the kind of self-proclaimed pop music scholars who worship their ‘Pebbles’ and ‘Nuggets’ box-sets like an evangelical preaches from their bible. You don’t have to have a background in the sub-genres of garage-rock or psych-rock to enjoy Secret Colours' lucid sound,.TAKE ADVANTAGE OF OUR EXCLUSIVE 2-FER OFFER!  GET THIS AND THEIR “DREAM DREAM” CD FOR ONLY $17!  IF PAYING MY PAYPAL, YOU WILL BE REFUNDED ACCORDINGLY.  IF PAYING BY CREDIT CARD, YOUR CARD WILL BE CHARGED THE 2-FER PRICE.
Kool Kat Link 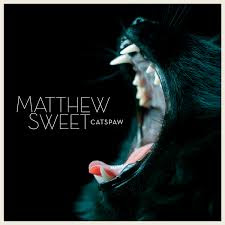 “Catspaw” represents a marked contrast with Matthew’s previous two albums, “Tomorrow Forever” and  “Tomorrow’s Daughter”, sounding a little less zesty than either of its predecessors.  As with so many prior albums, its foundation lies in tracks Matthew recorded by himself in collaboration with long-time percussionist Ric Menck, but this time, rather than overdub other musicians’ and singers’ contributions (as well as layer upon layer of himself singing), here he plays everything except the drums and does all the vocals.  Here, he cranks his vintage amplifiers and steps into a role previously played by some of his generation’s most unique and incendiary lead guitarists from Richard Lloyd (Television) to Robert Quine (Lou Reed) and Ivan Julian (Richard Hell & the Voidoids). 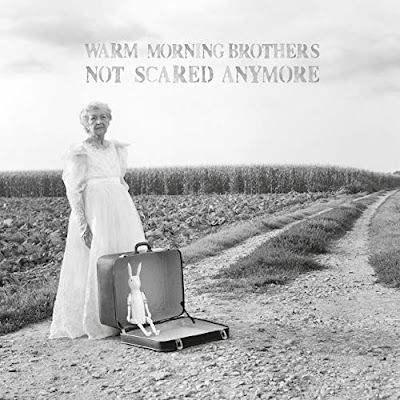 If Warm Morning Brothers conjures images of a lazy warm summer day, you’ll know they’ve hit it spot on first listen.  They are from Piacenza, Italy and their passionate music is the result of their being together for more than a decade.  The Modicamore brothers, play music inspired by soft folk pop sounds of the 60’s and the 70’s and they invigorate that sound for the modern era in all that they do.

Posted by Anything Should Happen at 20:42