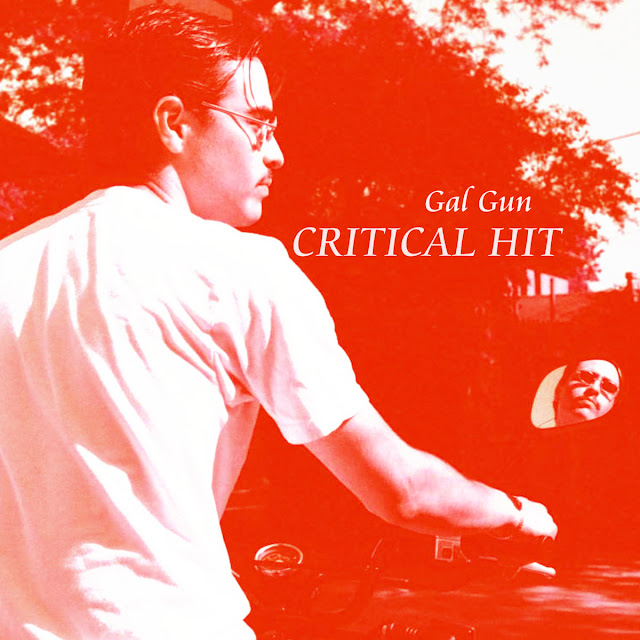 Chicago's Gal Gun have previewed this, their second album, with three splendid singles and last month saw the album release. It is every bit as good as expected, if not more and shows the band developing and growing away fron their beginnings.

Although still very much in Slacker Power Pop territory, think Weezer, but then not now. The trademarks of the Slacker Scene are present with the expected This Is My Life, it's cool, it's shit, but this feels a much more grown up album.

The band have always had the riffs, but now they seem much more substantial and the stuff that they've always been good at, seems enhanced by a bit more depth and some great solos. When they step away from the pure Guitar Power Pop, they get even better.

Pink Collar is wonderfully anthemic, a fantastic song and Software is nearer to the UK Indie of the likes of Colin's Godson. Kamisana also has a Scottish Fuzz about it. Tropical Depression is ace California Pop that treads on The Explorers Club's toes.

The National Girlfriend approaches an unusual 5 minutes and is a marked change of direction, the solos are long and it works a treat. This songs alone demonstrates that there are plenty of future directions for the band and for all these words, it is still the front end, more Slacker songs, that are most enderaing.

Flavor 2 and Lost Cat are the best examples of this. They grab you with a hook and don't let go through killer choruses. Colin Burns's vocal also promises much, it is so easy on the ear. In summary, there is lots and lots here to love and the promise of much more to come. Highly Recommended!

You can listen to and buy the album here. The Bandcamp link also has the band's back catalogue, much of it free or Name Your Price. You can also listen to the album by following any of these links.

Posted by Anything Should Happen at 00:01