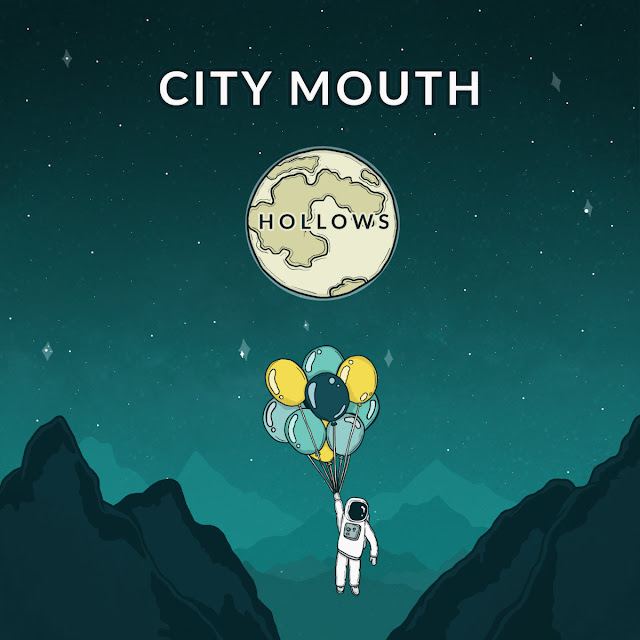 We've had the Pop Punk debate on here in the past, so that's boring, if only would go beyond the label. The better bands are not wearing baggy shorts and backward caps, they are stretching out way beyond and can't and won't be labelled.

Many of these upcoming bands have more in common with Power Pop, New Wave and Pop Rock. Take Chicago's City Mouth! The five piece do not want to be Green Day, their influences, both old and new, are from far further afield.


The arrangements include unusual Brass and keyboard runs, played by Jackie Heuser. She also adds additional vocals which again adds to the variety. The seven songs here come in at just under 24 minutes, but there is so much packed in that the album feels really substantial.

Take the opener, Lay Awake, which was played on this week's radio show. It's 1:56 and packs a slow hand clap start and rock out end sandwiched between a superb trumpet riff. It's chock full of stuff in under 2 minutes. It's melodic joy.


The other end of the album has an anthemic much longer Stay Awake, very different to that opener, although there's a closing reference to it.  In between, Anywhere But Here could be early 70's Prog, think of Lamb Lying Down on Broadway.

Don't get me wrong, City Mouth Rock and Boy do they Rock, but this isn't mindless, it's built on hypnotic riffs, unexpected arrangements and changes of direction at will. Special mention has to be made of the accompanying vocal arrangements. Hollows is one of the best things that I've heard this year.


You can listen to and buy the album for a paltry five dollars here.


Posted by Anything Should Happen at 14:13