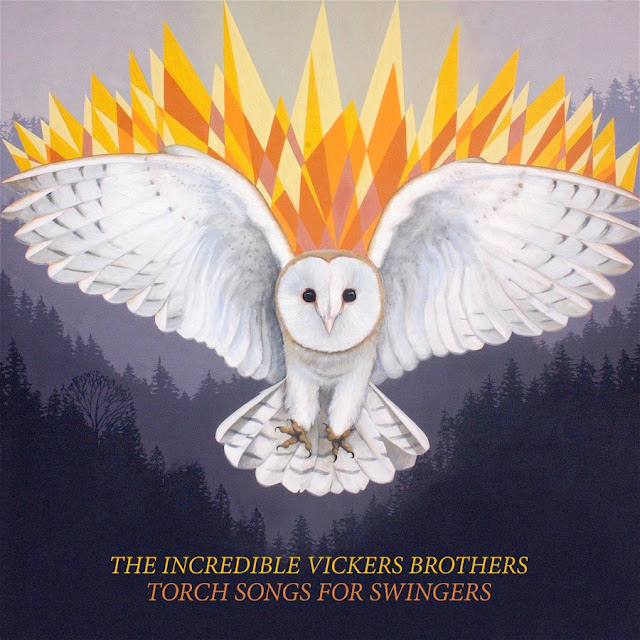 Bob Vickers returns 10 years after the debut of the poptastic Gallimaufry and Album Number two doesn't disappoint. As a founder member of The Orange Peels, it's fitting that Vickers is back with Allen Clapp at the Boulder Creek version of Muscle Shoals, Mystery Lawn Music.

The 60's pop references are still present, the opener is very Hollies like, whilst Faded Away is all UK Beat 1967. But in between those songs, you realise how varied Vickers can be. Money Can Buy Me starts all protest song before delving into a White Album psych chorus. It's a revelation.

Bleaker And Bluer is all Lollipop Shoppe jaunty Psych, whilst In Memory is a lounge torch song. Blue Collar Cruel contains another outstanding lyric, it's a noisy dismayed joy of song. An ode to self expectancy. A perfect anthem for the me generation.

Walkabout reminds me of one of those Break Up songs that Brit Pop bands added to an album to show that they were self aware and not just one riff. There's a lovely chiming jangly riff, a mix of Mid 80's Scots Pop and a Creation discovery.

Bored is all aching tedium, the type of song belted out on Ready Steady Go, well more mimed out. Hungarian Girl is stripped down singer songwriter fayre whilst Wreck Up Ahead is a splendid moody closer accompanied by a haunting slide riff with a real Go-Betweens feel.

Torch Songs For Swingers is a remarkably well made album. Plenty of depth, more than enough to keep you rapt. It's a proper album to be listened to from start to finish. A large round applause please fro Bob Vickers and another of the mountain of plaudits that should be aimed at Mystery Lawn Music.


Posted by Anything Should Happen at 19:56

Email ThisBlogThis!Share to TwitterShare to FacebookShare to Pinterest
Labels: The Incredible Vickers Brothers