The Supahip - The Two Sided Face 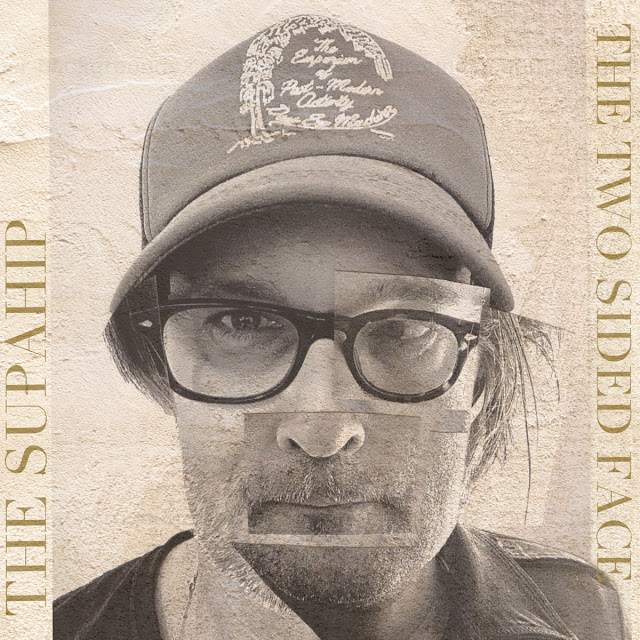 Since I've returned to the writing chair, I keep getting surprises, most I knew where coming, some I didn't. Well I didn't know The Supahip's second album was on the horizon and so it would appear my Pop Rock credentials need renewing.

It's well known that I worship at the altar of Michael Carpenter. Australia hasn't been as abundant in the Power Pop / Pop Rock division over recent years. Music from Oz seems to have got have got more meandering or lowest common denominator. There are exceptions that I, as well as you, will readily name.


The Supahip's Seize The World remains one of my favourite albums from the Naughties. Songs that shot off in all directions but were centred around great melodies. So over a decade on, it's ace that The Two Sided Face has appeared.

The Supahip are a collaboration between Carpenter and Mark Moldre. Those not familiar with The  Supahip might expect a slightly country folk tinged album, because the former can head that way at times and the latter's acoustic solo stuff certainly does. No No Not at all.

Four Arms and Got To Keep On Moving certainly fit that bill, but the album is largely a real melodic pop rocking joy. When I Started Falling Apart is jaunty Rock and Roll. Motor feels like Stealers Wheel, in fact quite a few of the songs do.

Both Running Blind and Domino are great examples of Psych Pop. Wonderful examples! The real standout though is the moody meandering closer, Time To Turn The Page. I wouldn't have chosen to wait almost 12 years for the follow up to Seize The World, but it has been worth that wait. The Two Sided Face is outstanding, it'll certainly be high on my end of year chart.

You can listen to and buy the album here. You should!


Posted by Anything Should Happen at 20:12

Email ThisBlogThis!Share to TwitterShare to FacebookShare to Pinterest
Labels: The Supahip