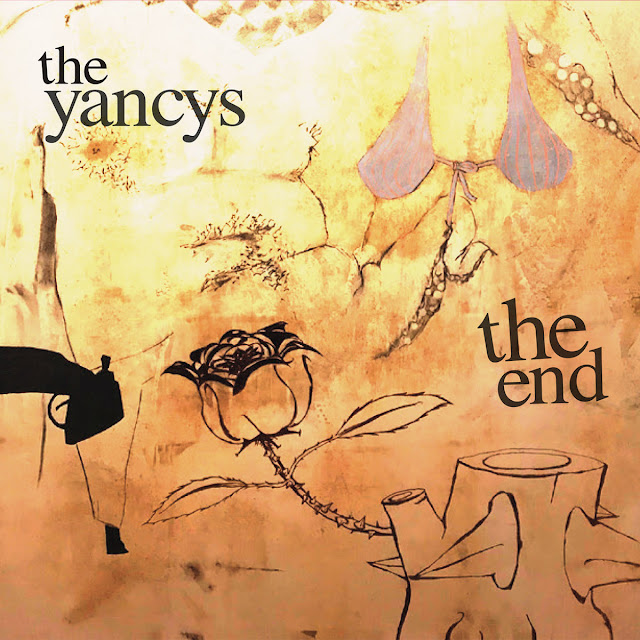 John Hawkins hasn't been in the public eye for a decade or so, but his pedigree has never been in doubt. His involvement with the underground Indie Rock scene is noted, encompassing the likes of Yo La Tengo, Archers Of Loaf and Cracker.

He has a lot of history with Chris Church (look out for an interview with Chris In the week), including work on Church's Limitations Of Source Tape album, which is in many Top 10's from 2017. The most striking thing about this album is that it is a guitarathon, it certainly rocks and not gently.


Hawkins's vocal is a sort of Tom Petty who has just woke up, maybe imagine Petty fronting an alt rock outfit. The guest guitar players are a who's who of the underground. The likes of Chad Nance, Rod Night, Jon Kirby and Chris Church himself are featured.

These guitarists add a paint stripping melody to the songs. The solo on Deplorable is  a wonderful thing and the riff on Institution could be Thin Lizzy era Brian Robertson. Yet Brown Shirt is pure Power Pop with a killer chorus.


The End could be described as rocked up Power Pop or even melodic Indie Rock. Either way it's never boring. It is a concept album, although you would never really know that. It doesn't come up for air until the slowed down closer, Silver Ships, and why should it?

There's an in your face Anti Trump lyric to most and again that's all well and good. An album will stand or fall with the quality of it's songs. There are 12 gems here and you will shake your fist with most. This is an outstanding rock out, classily done and I can't wait for the next album.

You can listen to and buy the album here or the disc is available from Kool Kat.


Posted by Anything Should Happen at 18:51

Email ThisBlogThis!Share to TwitterShare to FacebookShare to Pinterest
Labels: The Yancys.