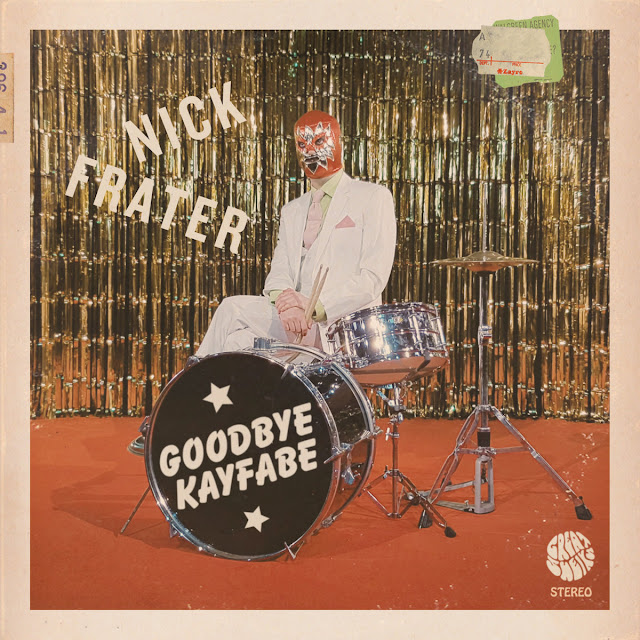 Now this is in far more familiar territory. Nick Frater is from Croydon. I know that I moan about the frustration that more UK artists aren't coming forward to show that there are still great Power Pop and New Wave purveyors here.

I've only been to Croydon twice. Once was to visit Beanos and that was a whistle stop visit. I wanted to stay longer, but was with an older Music Fan who lived in the Smoke and was disappointed at the selection of Gentle Giant Offerings, so moved us on rapid.

The second time was whilst I lived in London Monday to Friday in the Mid Nineties. I spent a night with my great friend Rob Jukes. Rob is a top man, but all I really remember was that the Chip Shops didn't sell Pies or Gravy. What I do know though is that Croydon is not the Pop Rock capital of England.

That may be about to change though with this 7 Song Cracker. Contained within is probably something of everything that I've been rattling on about in the last year or two. It's like a I Don't Hear A Single Sampler.

The absolute gem is the opener, Built To Last, which you may have heard on the Radio Show. It's so good that it's gonna appear again next week. It's all New Wave Harmonies, a bass driven melodic wonder of a song.


Away from the Built To Last Joy, Fruit Punches is Bossa Nova Psych Pop, whilst is More Than This is all Sixties Kitchen Sink Film Drama. You can imagine John Howard playing Piano on Hold On Caroline, it's Andrew Gold like.

Remoaner is all jaunty Glam Rock, Paperchase comes over as if Squeeze are covering The Seekers. It's left to the closer, Asking For A Friend, to reveal Frater's love of McCartney Pop. That could be Ringo on Drums.


Goodbye Kayfabe is an absolute joy of a listen. Right up our street. You can listen to and buy it here.


Posted by Anything Should Happen at 18:46