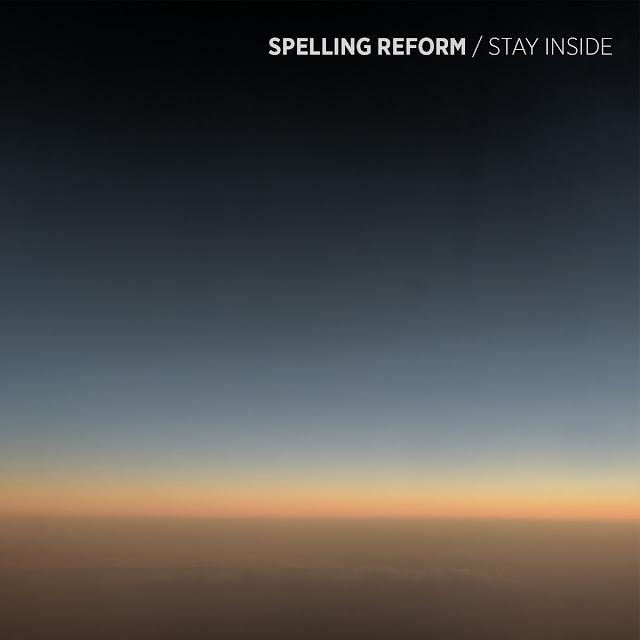 Philadelphia quartet Spelling Reform follow up 2016's excellent debut album, No One's Ever Changed, with a second album that is even more weighty. The pace isn't as frantic, the songs seem more fully formed and the result is wonderful.

The band come across as the saviours of intelligent Indie, occupying a space somewhere between The Sugarplastic and The Pernice Brothers with hints of REM and The Housemartins. There's also a more emphasised focus on the lyrical excellence.


I deny anyone to deny that The Second Coming is the potential song of the year, it certainly is to these ears. Dan Wisniewski's songwriting has come on apace and although his vocals may be a bit They Might Be Giants, it's the quality of these songs that stands out.

Those lyrics are enhanced by some outstanding left field arrangement, there is so much in the song, The Chicago Board Of Trade, that it could be an album in itself. 174 Degrees could easily be something produced by the mighty Mitch Easter.

What's So Hard About Pretending is Morrissey like in it's feel and Jim Gannon's synth duelling with the Guitar makes All The Fun Parts Sanded Off almost an anthem. Fox Shrugged Off is pure Fuzz and There Is No More Future is a Lighter's Out moment, far away from anything else amongst these ten songs.

I know it's only April, but without doubt, Stay Inside is a contender for 2019's Album Of The Year, it'll certainly be Top 10. XTC fans will love this. I can only hope that this will be the Banner Waver for a return to the Intelligent Pop that has been absent for way too long.

You can listen to and buy the album here. You won't regret it!

Posted by Anything Should Happen at 16:34