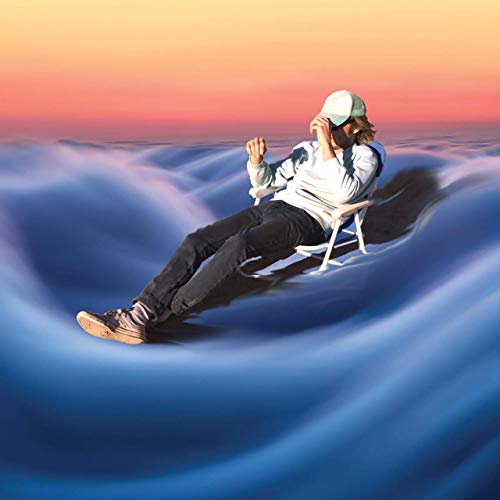 Los Angeles's Matt Popieluch is Big Search and he's fashioned up an extraordinarily good Pop Rock album. Surrounded by a laid back, almost Soft Rock accompaniment, but the album is far more than that. The soundscape is wonderful with references far and wide, it's almost cinemascope.

The urge with too many new Pop Rock artists is to front load everything and after the first three best songs, the remaining tunes just wilt away in their mediocrity. Not so on Slow Fascination, it's a proper album, it doesn't do the traditional big kick in, but grabs you slowly and surely across the ten tracks until the end. You then think "Wow, that's a good album".

That's not to say that opener isn't great, because it is. You can hear it on the upcoming IDHAS Volume 67. The aforementioned Slow Motion Train is a great song, just a strange and welcome choice of starter. Popieluch's laid back vocal accompanies something almost Prog, reminiscent of those great 70's Pop Rock masterpieces.


Both Till The Day Is Done and Here Comes The Night continue that vibe, although the latter has a gentle stomp that threatens to burst out, Tom Petty like, it reminds me a lot of Deer Tick. Elsewhere there's a troubadour likeness to some of the songs here, particularly the Nilsson like What To Say and Stillness In The Air is Lloyd Cole in it's feel.

Wire Walker nods towards Jeff Lynne Beatles Pop and Good People Round is Rufus Wainwright to a tee. Don't expect to get your Denim swaying here, Slow Fascination is very much sit on the porch material, but wonderfully so.

This is a wonderfully accomplished album. The fact that it's on Danger Mouse's 30th Century Records may give it the Marketing oomph to ensure it gets into far more homes. It deserves this. The album is available everywhere. Vinyl is the best format to listen to this audio, but I suspect most will have already been sold on that format, if not it's worth the digging around for.