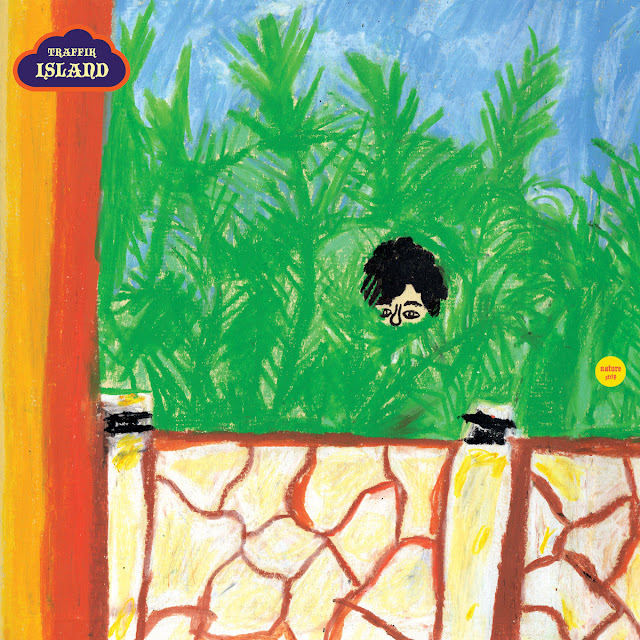 It's back to Australia for the debut Traffik Island album. I've long been an admirer of Flightless Records, a superb Melbourne Psych label, home of King Gizzard And The Lizard Wizard, The Murlocs and ORB. The latter is relevant.

ORB come across as a modern day Hawkwind, a sort of Psychedelic Space Rock that is bewitching. Zak Olsen has taken a break from leading that band and been touring as Traffik Island. Live, the band are a fourpiece, but Nature Strip is largely his solo recordings.


This is great Psych Pop, splendidly twee and lo-fi, there's an endearing quality to the whole shebang. That's not to say this is throwaway or bedroom doodling. Queens Park is Syd Barrett Pink Floyd in Bike mode, Mind You has a 60's film soundtrack charm with unexpected twists.

Ode To Everything is wonderfully Toy Town, as if played on Party Bag Instruments and has Olsen crooning away. Bluish pale is piano led and again very 60's groovy. Something Sweet barrels along like a Madness Song.


The closer, Lazy Cat, is all Sunday Afternoon Kinks, but overall, I'm very much reminded of Orgone Box, particularly on the jangling 17. There's also a great gentle Psych instrumental present with One Tenth Of A Second.

Nature Strip is one of the best Psych Pop albums that I've heard in ages. It's the sort of album that you just don't hear so much these days. I'd recommend it to all. Wel Done Zak Olsen and yet again, well done Flightless!