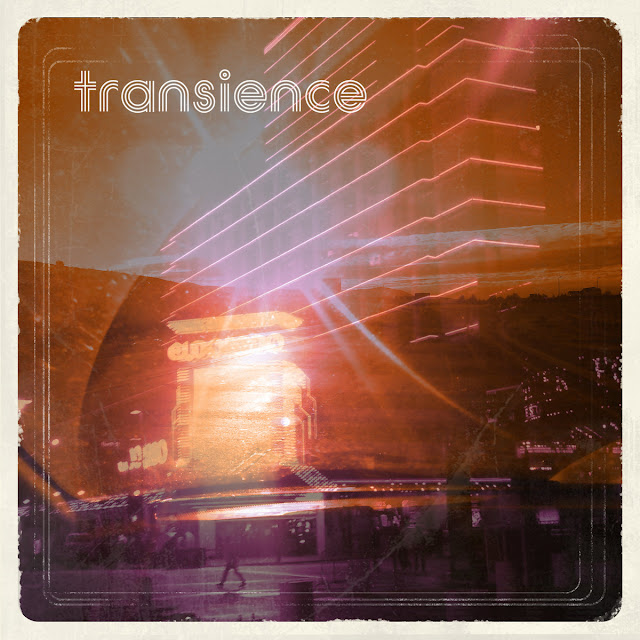 Everyone loves Whole Wide World. With Nick Lowe and The Rumour's Steve Goulding, Eric Goulden possibly offered up the definitive Stiff Single, more so than many of the more lauded label mates. I can think of none of my associates who think this anything but a great DIY anthem.

There's the spirit of WWW present on Transcience. The Cover of Kevin Coyne's Strange Locomotion is very much a Part Two and what's more, Steve Goulding plays drums on the album. However, those expecting a return of those Stiff days haven't kept in touch with his solo career, because there is far more to Wreckless Eric than that.

Eric isn't wreckless any more, his trio of recent albums including this have shown a depth that many would not expect. When you have Cheap Trick's Tom Petersson  and the splendid Alexander Turnquist on Guitar, you know this is serious stuff

His previous two albums AmERICa and Construction Time Again join Transcience with a theme resembling an Englishman abroad. All three albums and his work with Amy Rigby, who plays piano on the album, reveal an artist pushing himself to the limits. Lyrically excellent, Goulden's real strength is making something so deep sound so haphazard.


The opener, Father To The Man, a memorial to his dad could make you weep. Dead End could be a Ray Davies Song and Creepy People has a country vibe with a Jagger - Richards song bursting to get out. Tiny House desperately wants to Jangle. Indelible Stain is all Maharishi with few words.

What does really stand out though are the two seven minute songs which inhabit a surprisingly Psych Pop world. The Half Of It is pure Psych Folk, California / Handyman is all stream of consciousness with it's meandering arrangement, it's really trippy.

Transience is an exceptional listen. One of the best things that I've heard this year. Forget those Stiff days, this is an artist at the top of his game. You can listen to and buy the album here.